Bust represent Diana ‒ Roman goddess of light and guardian of all forms of life. She was associated with the Greek Artemis, goddess of the hunt, ruler of forests and wild animals, goddess of the moon. The attributes of Artemis were a bow and arrows. The goddess is often depicted with the motif of a half-moon on her forehead. The goddess’ bust is one of the few versions of the images of Diana which was made after Jean-Antoine Houdon at the end of the 18th c. Houdon was one of the most outstanding French sculptors at the turn of the 18th and 19th c. 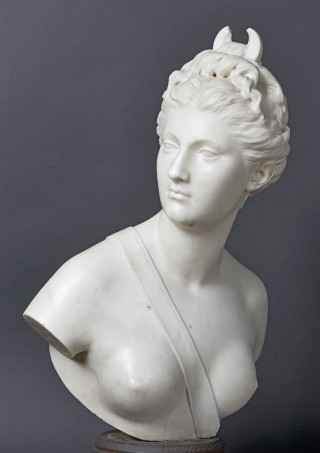 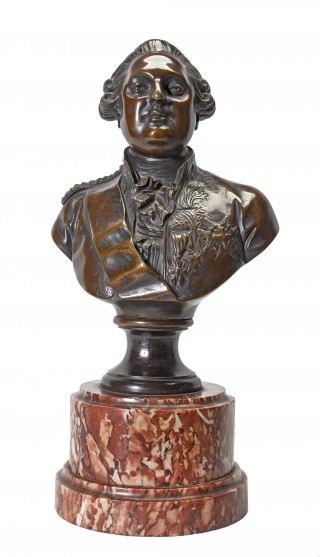