In the catalogues of the Stanisław August collection the painting is listed as by van Dyck ... . In the documentation of the National Museum in Warsaw, the portrait of Pembroke is listed as a 17th-century copy of a painting by van Dyck in the National Gallery of Victoria in Melbourne ... and it was published as such by Iwona Zarębska in the 2011 Łazienki exhibition catalogue.

The Melbourne painting, which Oliver Millar dated to c. 1633 (in: S.J. Barnes, N. De Poorter, O. Millar, and H. Vey, Van Dyck, A Complete Catalogue of the Paintings, New Haven and London 2004, no. IV. 182), shows the sitter in a similar pose, but wearing different garments (a black caftan); the facial characteristics also differ, as does the rendering of the hair and beard. The original of the Łazienki canvas was another portrait of Pembroke by van Dyck: painted several years later, c. 1637, according to tradition once the property of the sitter’s son, James Herbert, now in a private collection in England. It depicts Pembroke knee-length, in a gold caftan and black coat, with the blue riband of the Order of the Garter and the star of the Order on his coat, with the Lord Chancellor’s sceptre in his hand and the keys of this office on a cord around his hips ... . According to Millar, it was the last portrait for which Pembroke sat for van Dyck. Millar lists 10 copies of this likeness in different formats, including the Łazienki copy. ... . [See D. Juszczak, H. Małachowicz, The Stanisław August Collection of Paintings at the Royal Łazienki. Catalogue, Royal Łazienki Museum, Warsaw 2016, no. 44, p. 185.] 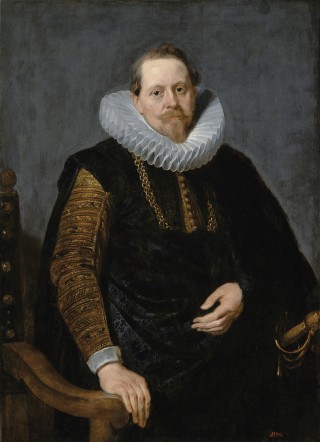 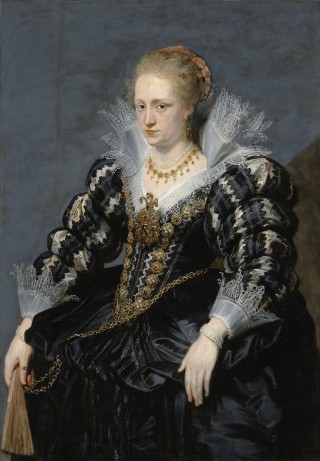