The Column with an Eagle

On the north-west edge of the garden, near the Observatory and the Botanical Garden, at the end of the 20th century, a column crowned with an eagle figure was set up. The date 1262 printed on the pedestal commemorates the year of the first documented event related to the castle town, or princely court of Ujazdów (known as Jazdów at the time). In that year, Mazovia and the castle town were invaded by Lithuanians aided by Ruthenians. During that time, the Mazovian Prince Siemowit I stayed in Jazdów with his family. He was beheaded by the Ruthenians, and his young son Konrad abducted. After those tragic events, Jazdów became deserted. The centre of the future city of Warsaw was moved to the Vistula River Escarpment – today’s location of the Royal Castle and the Old Town. The column was placed where the Medieval castle town most likely stood.

The Eagle crowning the column in the Royal Łazienki, a symbol of majesty, dignity, and power, is not wearing a crown which is part of the contemporary emblem of Poland. That is because the animal is the uncrowned Eagle of the Piast dynasty, which appeared on coins between the 12th and 14th century. It was the Piast dynasty that Siemowit came from.

The Column with an Eagle 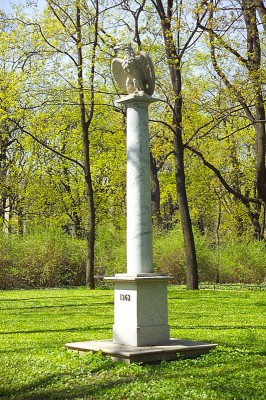 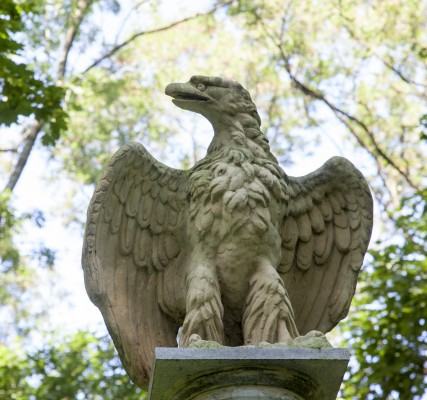 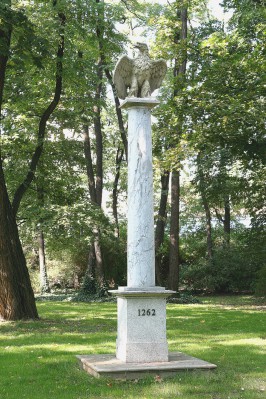