THE PALACE ON THE ISLE

The origins of today’s Palace on the Isle date back to the late seventeenth century. The Bathhouse was built at the behest of Prince Stanisław Herakliusz Lubomirski, one of the most important politicians, writers and philosophers of the time.

The Baroque garden pavilion, designed by the Dutch architect, Tylman van Gameren, was intended as a place for resting, leisure and contemplation. The interiors of the Bathhouse were stylized on a grotto with a spring which symbolized the Hippocrene, a fountain on Mount Helicon in ancient Greece, which was the source of poetic inspiration for the Muses.

In 1764, when looking for a place in which to build his summer residence, King Stanisław August purchased the Bathhouse together with the Ujazdowski estate. Thanks to two architects – the Italian born Domenico Merlini and Johann Christian Kammsetzer, who was born in Dresden – the King transformed the Baroque Bathhouse pavilion into the neoclassical Palace on the Isle. Modelled on Italian architectural solutions, such as the Villa Borghese, Villa Albani, Villa Medici and Villa Ludovisi, it was intended to symbolize the dream of an ideal, modern and sovereign state.

THE PALACE ON THE ISLE inside

The Palace on the Isle outside 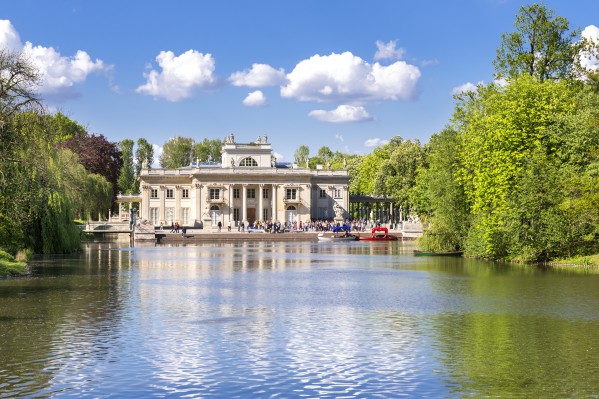 The Palace on the Isle, the southern façade 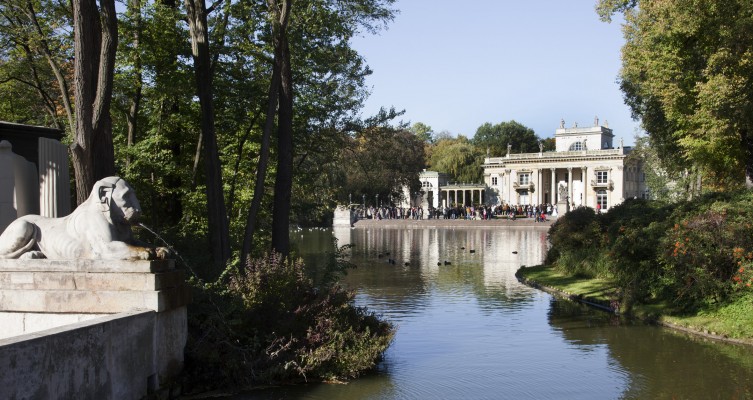 A view from the Amphitheatre 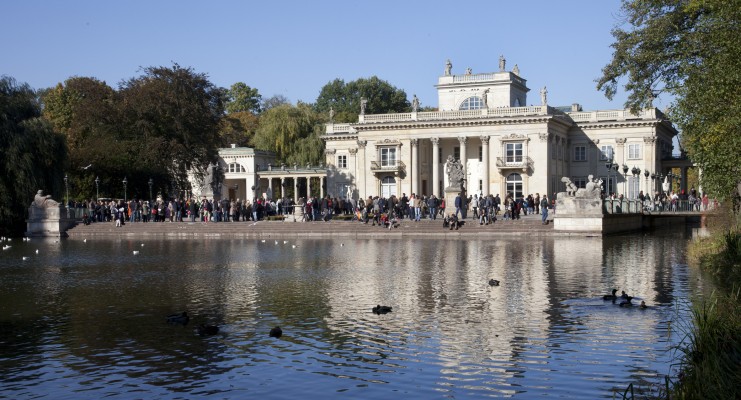 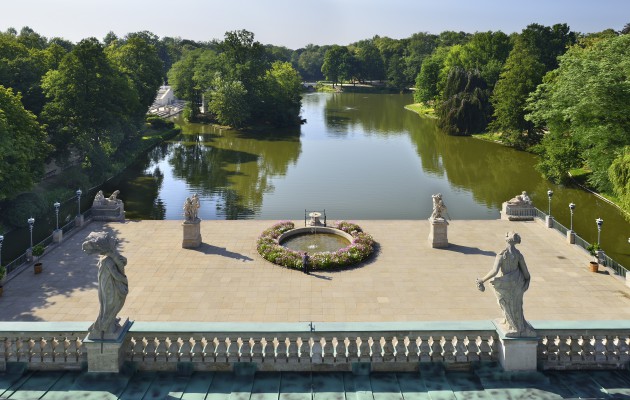 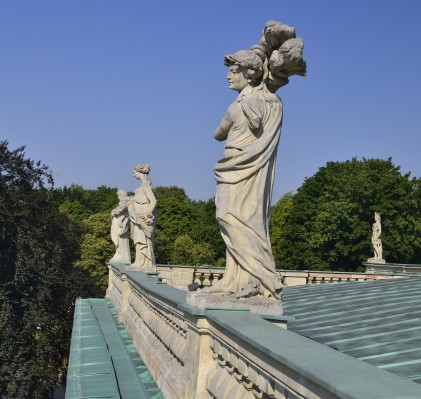 The Palace on the Isle and the Amphitheatre 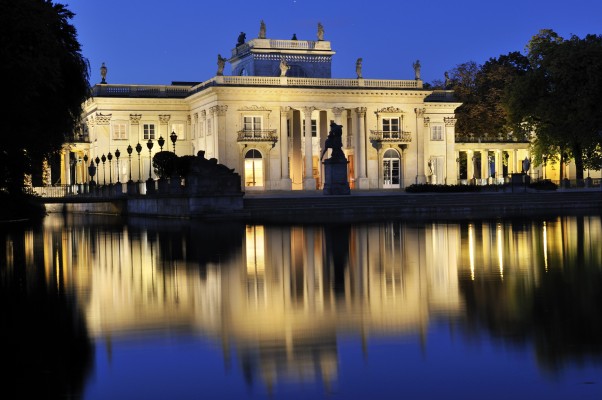 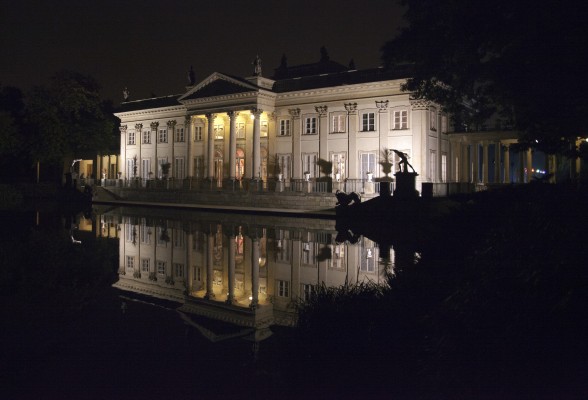 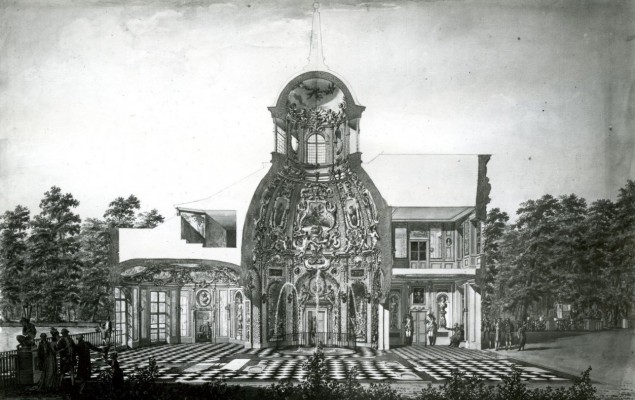 The Palace on the Isle – a villa museum

Stanisław August transformed the Palace on the Isle into a villa museum in which he displayed the most valuable paintings from his collection of 2,289 works of art by some of the most distinguished European artists of the seventeenth and eighteen centuries. Dutch artists were the best represented; the finest paintings among them were those executed by Rembrandt van Rijn. Girl in a Picture Frame and Scholar at His Writing Table, were purchased from the King’s heirs in 1815 for the Lanckoroński collection and thanks to the donation from Karolina Lanckorońska made in 1994, they now hang in the Royal Castle in Warsaw.

Today, 140 works of art from the King’s collection are on display in the Palace on the Isle, and are exhibited in line with eighteenth-century principles. The most important works are: Anton R. Mengs’ Portrait of Sir Charles Hanbury Williams – English ambassador to Russia and friend of King Stanisław August – Jacob Jordaens the Elder’s Satyr Playing a Flute, Jan Victors’ Jacob and Esau, and Angelica Kauffmann’s Portrait of Princess Giuliana Pubblicola Santacroce.

THE COLLECTIONS OF KING STANISŁAW AUGUST 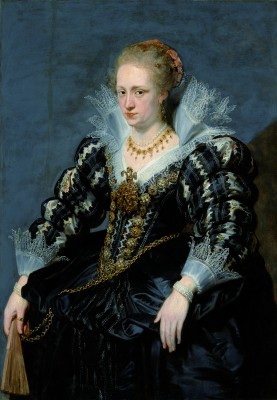 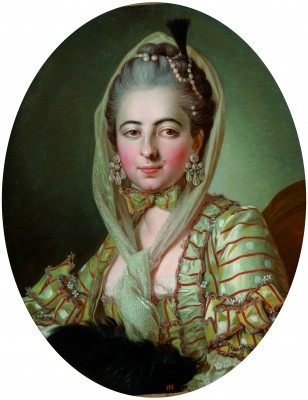 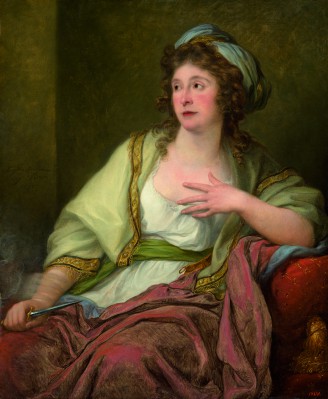 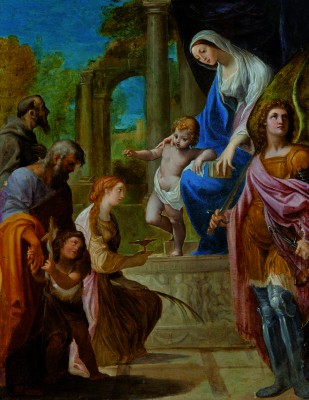 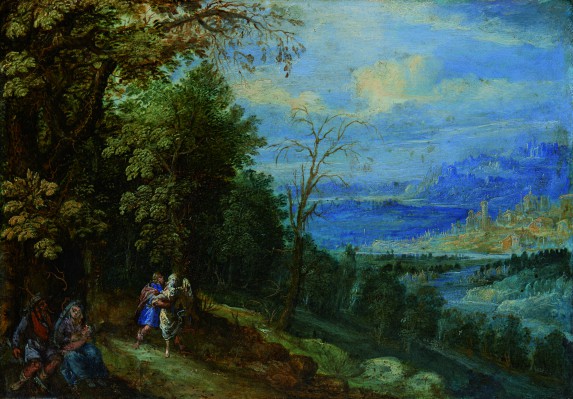 For Stanisław August, art was not just an aesthetic decoration of his residence. Paintings, sculptures, and architecture were part of the programme which encompassed political, social, and economic matters, and whose goal was to repair the Republic and foster national identity. Fine arts were to “shape the nation’s spiritual culture”, and – at the same time – contribute to its revival.

Paintings, sculptures, prints – combined with architecture – formed a complete work, which according to the King’s concept conceived in 1792 was to become the first modern public museum.

The Palace on the Isle in Old Photographs 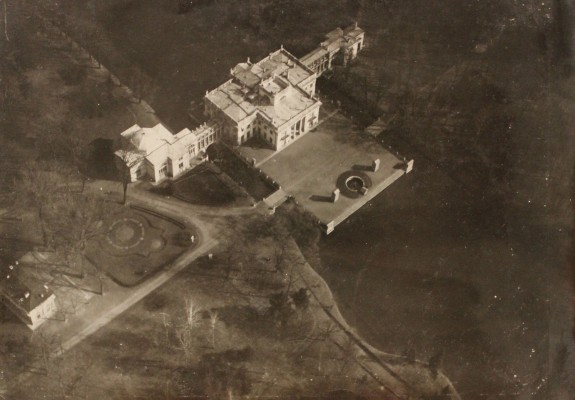 The Palace on the Isle, view from the South Pond, photo Henryk Poddębski, before 1936 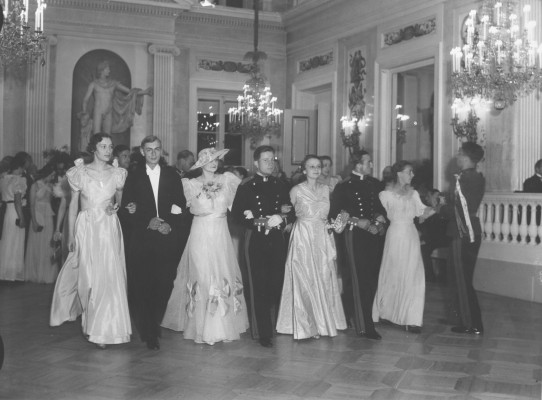 Guests at a ball in the Ballroom of the Palace on the Isle, photo N.N., June 1937 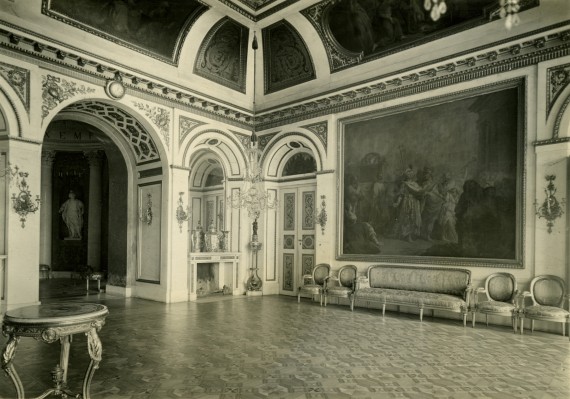 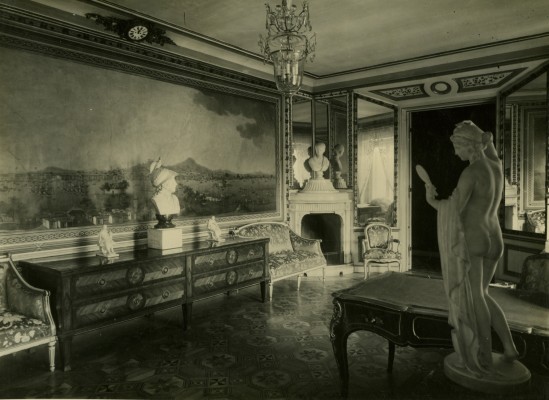 The King's Study on the first floor of the Palace on the Isle, photo Photo-Plat, before 1936 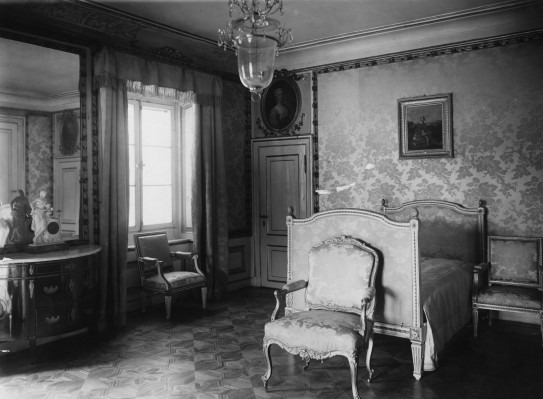 In the years 2012-2015, the funding from the Operational Program "Infrastructure and Environment" allowed to carry out conservation and refurbishment work in the Palace on the Isle with its surroundings. The total cost of the project was over PLN 48 million. In the Palace on the Isle, the terrace structure was reinforced, insulation was added to the bottom parts of the building’s walls and a new storm water drainage system was constructed. The top of the historic building gained a new roofing, while the façades, along with architectural and sculpted details, underwent restoration treatment. Full restoration was also performed in the interiors of the Palace on the Isle; they covered the paintings and plaster ornaments, the gildings, the stuccos, the Dutch tiles, the wood panelling, the textile wall panels, the floors, the door frames and chandeliers, which were equipped with e-candles. Owing to all this work, the Royal Łazienki were restored to their former grandeur.