The Old Guardhouse is located behind the Palace on the Isle, by the Northern Lake. Guardhouse (corps de garde in French) is a pavilion intended as an outpost for guards. The first building in the Royal Łazienki with this function was shaped like a pyramid covered with vegetation. It existed several years only. The second guardhouse was built near the building used for playing Trou-Madame - a popular French game. The third station for the King’s guards was the Old Guardhouse, erected in the years 1791-1792 according to a design by Johann Christian Kammsetzer. It was located near what was the main road to the Palace during the times of Stanisław August. The guards stationing in the Guardhouse were to supervise visitors and ensure the safety of the monarch and the residents of the Royal Łazienki.

The small classicist building features simplicity and modesty - which stem from the pavilion’s defensive functions. It alludes to architectural forms of Ancient Greece. Similar garden pavilions were popular in the second half of the 18th century, especially in England (e.g. West Wycombe Park in the Buckinghamshire County). 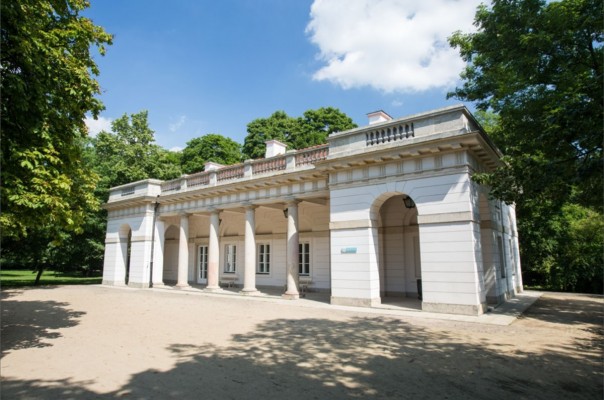