It was built around the year 1825 in the southern part of the garden, on a rampart, which is the only preserved element of the so-called Lubomirski Ramparts. They were created in 1770 around Warsaw to serve as protection from a plague epidemic.

The Egyptian Temple was used as a fig pavilion - a place where figs matured. The pavilion was constructed during the expansion of the Royal Łazienki by the Romanov dynasty. Its architectural design, created by Jakub Kubicki, alludes to Egyptian art. The entrance gate looking onto the pond is modelled on an entrance to an Egyptian temple. It is supported by four columns with lotus flower-shaped heads - the symbol of Upper Egypt. The Temple is guarded by lions sprinkling water from their muzzles.

The building’s roof serves at the same time as a bridge connecting the shores of the pond; hence, another name for the pavilion - the Egyptian Bridge. On the roof - on the bridge above the Temple - is an obelisk covered with hieroglyphics and lined with a metal sheet.

After Napoleon’s expedition to Egypt in 1798, motifs imitating Egyptian art became very popular in Europe and North America. Throughout the 19th century, public buildings as well as garden and cemetery pavilions, main gates and tombs, often reflected the Egyptian style. Such historical buildings can be found in England (e.g. Highgate Cemetery in London), in France (e.g. Le Désert de Retz Park), and in Russia (Egyptian Bridge in Saint Petersburg). Interestingly, in Poland, the fascination with Egyptian architecture was mainly visible in the construction of pyramid-shaped gravestones (Rapa, Łaziska, Rożnów). 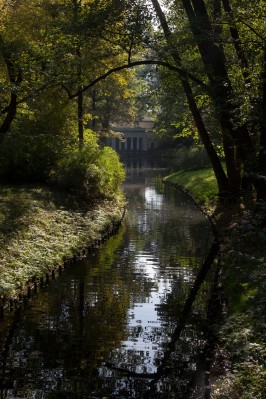 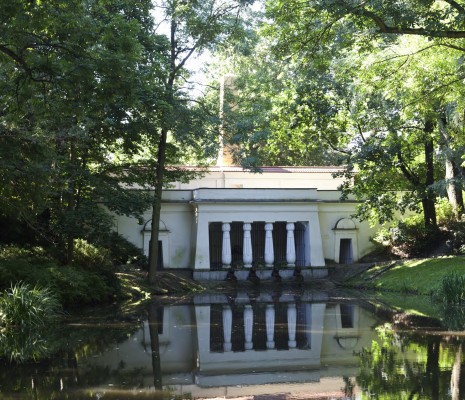 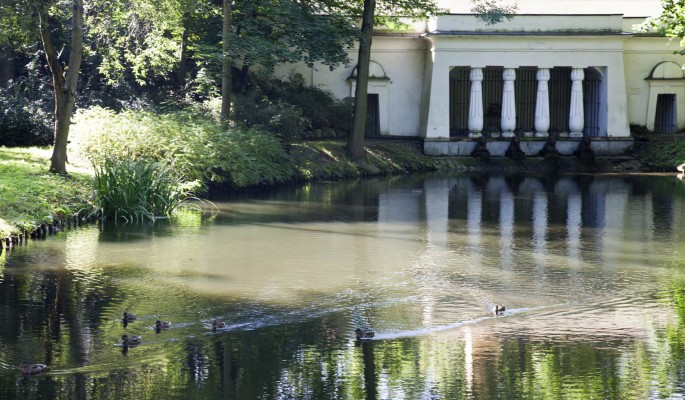