The Royal Collection of Prints of Stanisław August

The Royal Collection of Prints dates to 1748, when during his stay in Brussels, the young Poniatowski purchased his first painting. It was the beginning of his fascination with the works of Rubens and van Dyck, which in turn inspired his passion for collecting.

As the King, he did not limit his interests to collecting paintings, drawings, and prints. Following suit of other monarchs – whose residences he explored as a young man during his travels around Europe – his collecting endeavours encompassed all branches of art and science. He was adding sculptures, medals, coins, ancient objects, maps, models of machines, physical and astronomical instruments as well as precious stones to his collections with equal commitment. The Print Room occupied a special place among the Royal collections, as it was the most personal of his acquisitions – a source of pride and a refuge in difficult moments of his reign.

The composition of artistic and architectural drawings and prints was chosen to follow its utilitarian purpose, as conceived by its creator. As Stanisław August envisaged it, the collection was to constitute a compendium of knowledge on European art, spanning from the 16th century until the times contemporary to the King. It was intended as a private collection – a source of inspiration, a comparative material and a selection of models for artists and architects working at the King’s court as well as students of the future Academy of Fine Arts. Near the end of Stanisław August’s life, according to various sources, his collection of prints and drawings comprised between 80 and 100 thousand autonomous objects and objects in portfolios and volumes. 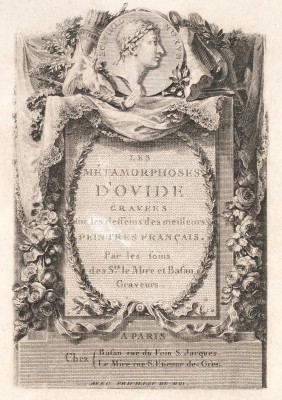 Title page with the Monument to Ovid. 1767 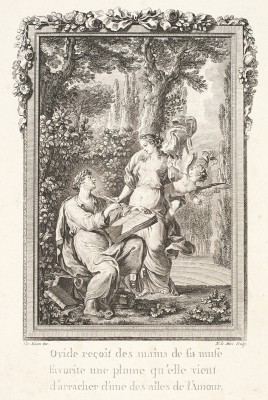 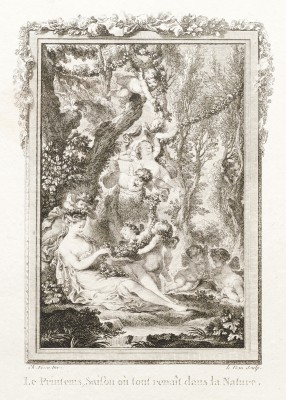 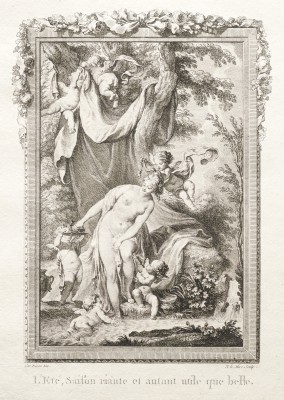 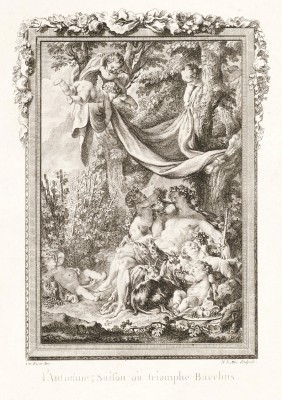 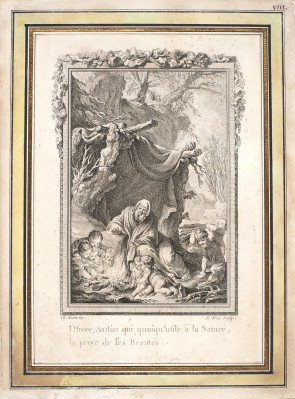 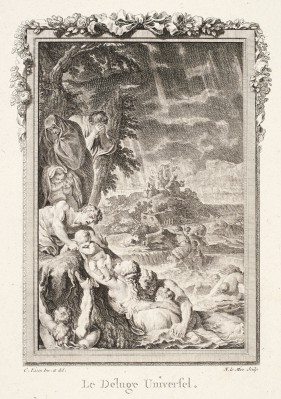 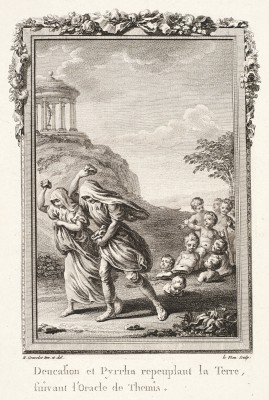 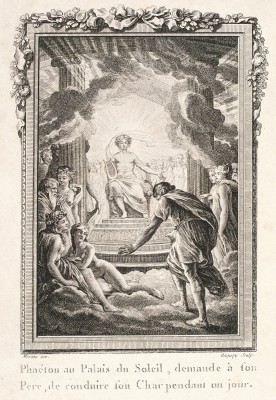 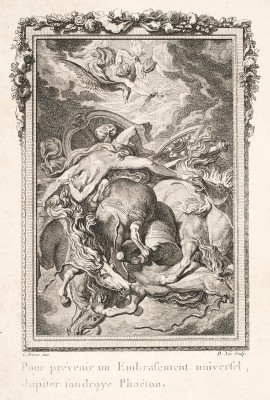 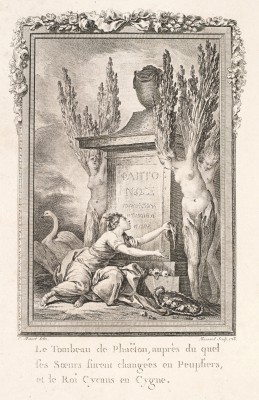 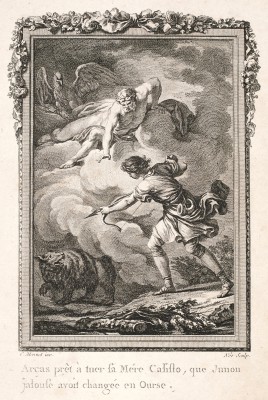 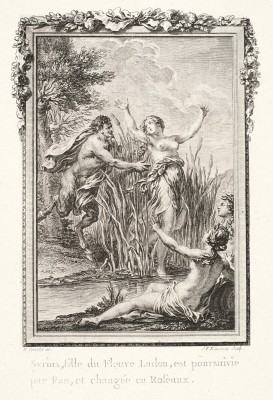 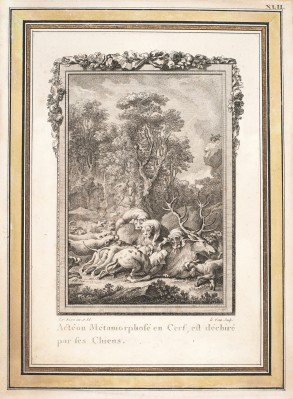 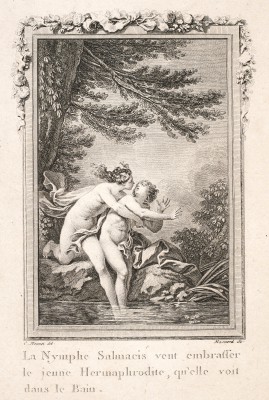 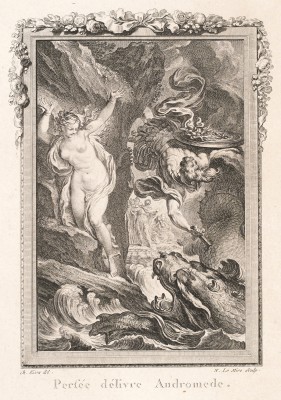 The most numerous of the nine categories which have been designated in the Print Room was the Classe de Portraits, consisting of more than 6,600 prints arranged in 51 portfolios. It contained depictions of outstanding historical figures such as popes, lower-ranking clergymen, emperors, kings, princes, ministers, military men, as well as scientists, writers and artists. The collection was complemented with two distinct boxes of a slightly different shape entitled Polonorum Icones, which contained drawings and prints depicting (in most cases) Polish rulers and historical personalities.

The next large group comprised prints with historical themes, stored in 57 portfolios, called Classe de Histoire. They included mainly religious works showing (in most cases) scenes from the Old and the New Testament, and depictions of saints. Secular themes were represented by the history of Ancient Greece and Rome, and works pertaining to contemporary history were included in the 22 volumes incorporated in this category and entitled Cabinet du Roi, which comprised works glorifying the reign of Louis XIV – his military victories, celebrations, residences, and collections. Stored in 31 Royal portfolios, Classe de la Fable included mythological scenes, depictions of gods and heroes, as well as various allegories and illustrations from literary works. Prints depicting genre scenes (celebrations, festivals fêtes galantes etc.) and caricatures were kept in 17 portfolios Classe de sujets de Fantasie; the last three of those contained prints and drawings of events held at the court (tourneys, visits, and illuminations), as well as occasional architecture accompanying them (gates, arches, fountains, obelisks, etc.)

Alongside the great collection of prints, Stanisław August gathered a smaller collection of artistic drawings containing nearly two thousand objects. It was the King’s decision whether a given drawing was to be included in the collection and, for him, the most important criterion – after aesthetics – was the artist’s name. Stanisław August had a special passion for architecture, hence numerous prints, drawings, and volumes pertaining to this category. The pinnacle of this part of the collection was the compilation of architectural and decorative drawings strictly connected with the Stanisław August’s patronage. Today, the collection constitutes an invaluable resource for historical research on architecture and city infrastructure of the Enlightenment, as well as on the works of artists, such as Jakub Fontana, Domenico Merlini, Johann Christian Kamsetzer, Efraim Schröger and Jakub Kubicki.

Drawings, prints, and projects from the collection of King Stanisław August 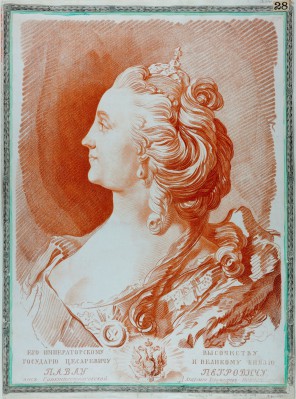 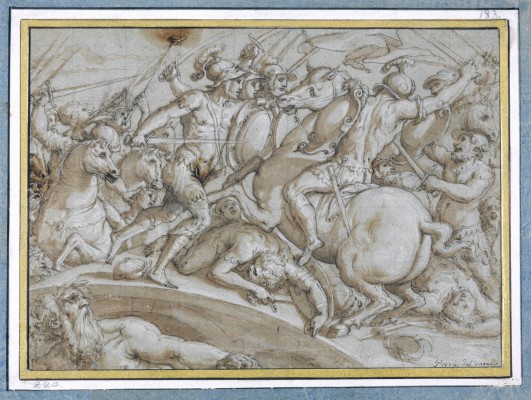 Giorgio Vasari, Defence of Ponte Rozzo on the River Ticino in 1524 – design of a fresco in Palazzo Vecchio in Florence 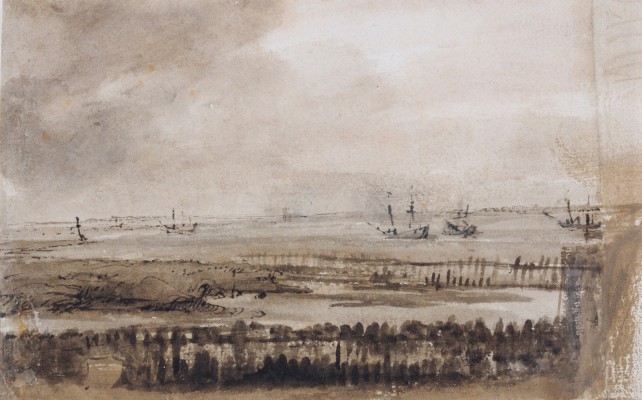 Rembrandt van Rijn, View of the River Ij near the Bastion of Het Blauwhoofd, 17th century Francois Boucher, Design of the Emblem of the Polish Republic and King Stanisław August with Allegorical Figures of Peace and Justice, 18th century 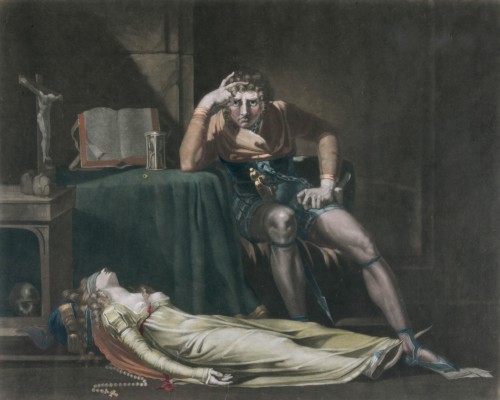 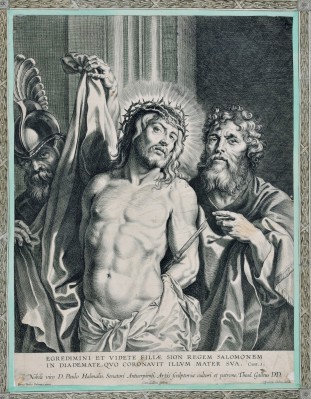 After the fall of the Kościuszko Uprising, Tsarina Catherine II forced Stanisław August to leave Warsaw. Following the third partition of Poland and King’s abdication, Poniatowski – who was held in Grodno at the time – was confronted with the necessity of paying off massive debts which he had accumulated during his reign. To satisfy his debtors’ claims and likely to acquire funds necessary for a possible voyage to Italy – an idea to which the Tsarina alluded – Stanisław August decided to sell the Print Room to Frederick Wilhelm II of Prussia. Negotiations lasted until 1797, but they ultimately failed.

Eventually, in 1832, because of tsarist repression after the fall of the November Uprising, the university collections, including the Print Room, were confiscated and moved to the Saint Petersburg Academy of Arts, like other Polish collections. They stayed there until 1923, at which time – in consequence of the Treaty of Riga – they were returned to the Warsaw University.

The collection of prints suffered major damage during World War II. Out of 163 ornate Royal portfolios, only 67 survived, and many of them were incomplete. Out of nearly 4,300 drawings, only 2,357 have endured, and out of 596 Royal volumes, only 290 survived the war. Among the destroyed objects were also catalogues, inventories and the photographic archive, which considerably impeded a full assessment of losses.

Przemysław Wątroba
Print Room of the University of Warsaw Library

Drawings from the Royal collection in the Print Room Johann Christian Kamsetzer, View of the Royal Łazienki from the Northern Side, ink drawing, 1773-1776 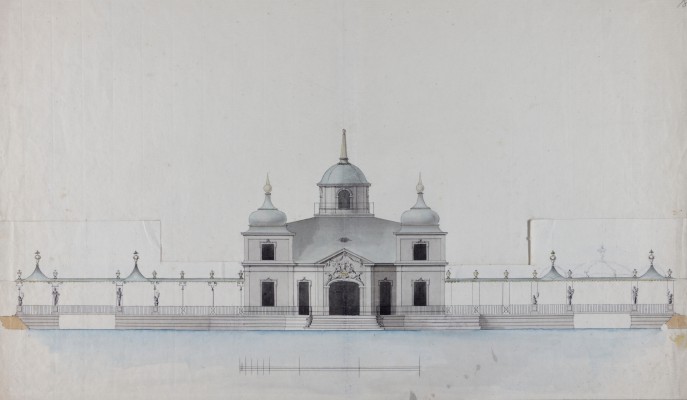 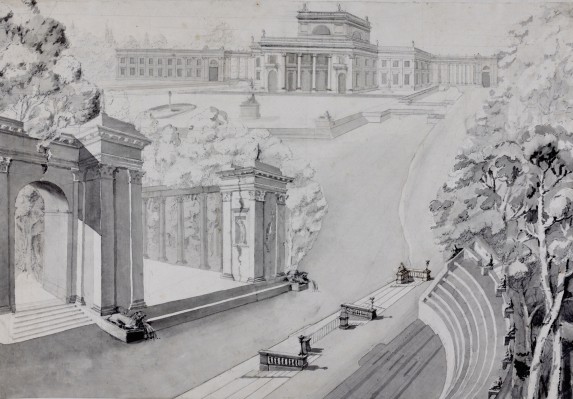 View from the Amphitheatre of the Palace with the Planned West Wing, ink drawing on a pencil sketch, c. 1792 F. Smuglewicz, View of the Palace on the Isle from the Southern Side, with a Wooden Guardhouse and Tent in the Foreground, brush and paint drawing, 1784

F. Smuglewicz, View of the Front of the Myślewicki Palace, with a Wooden Building on the Eastern Side, brush and ink drawing, 1784