The painting belonged to Louis César de La Baume Le Blanc, Duc de La Vallière (1708–80), an eminent bibliophile and collector of paintings. In the catalogue of the posthumous sale of his collection (22 February 1781 in Paris) it was described as being ‘after’ Gerard Dou, while in the catalogue of the Stanisław August collection, for which it was acquired in the early 1780s, it appears as an original. ...

The Łazienki Violin Player is a good repetition of the original in the Gemäldegalerie Alte Meister in Dresden, signed and dated 1665 ... .

Dou painted more than 40 so-called nisstucks–small genre paintings depicting figures in the foreground framed in an arched stone window-niche, often with a curtain behind which the interior is visible–in the Violin Player the room has an easel with a painting and a globe next to it. The wall below the window sill is decorated with a bas relief by François Duquesnoy (1597–1643) with putti frolicking with a goat (original in the Doria Pamphilj Gallery in Rome). This bas relief appears in as many as 7 of Dou’s nisstucks. Scholars agree that the real subject of these paintings, irrespective of the scene depicted in the window niche, is an exaltation of painting: the mask held by one of the putti is the attribute of Pictura, the mastery with which the artist is able to render the bas relief on the flat surface of a picture proves the superiority of painting over sculpture, and the curtain alludes to Pliny the Elder’s story about Zeuxis and Parrhasius and the power of illusion in painting. The man playing the violin is a painter, as can be seen by the easel in the background. It is not a self-portrait, however, as believed in the 18th century—the man’s features do not resemble Dou’s physiognomy.

The figure of the artist making music often appears in the paintings of both Dou and the Leiden school—at that time it was believed that music could inspire the artist at work and help him to be more creative. Music and painting are based on harmony–the aesthetic category important in both disciplines. The globe may allude to the fact that painting requires not only manual craftsmanship, but also intellect (pictor doctus) ... . [See D. Juszczak, H. Małachowicz, The Stanisław August Collection of Paintings at the Royal Łazienki. Catalogue, Royal Łazienki Museum, Warsaw 2016, no. 39, p. 166–168.] 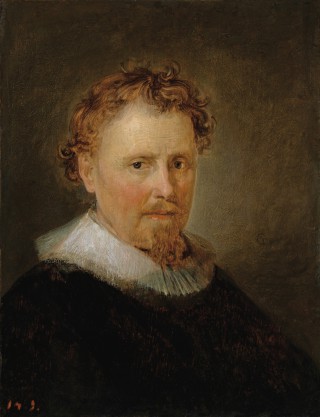 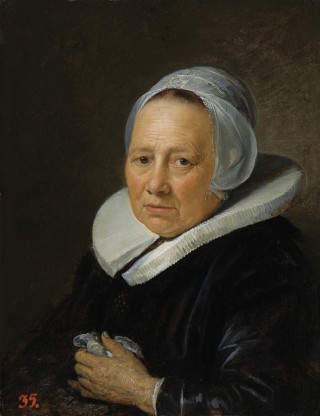 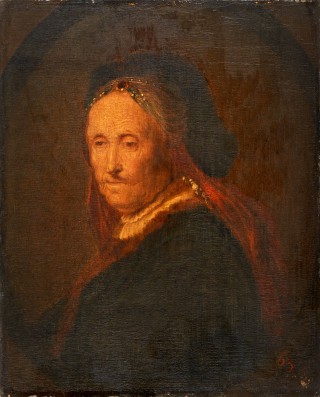