Between October and December 2013, the Rewars studio of historic conservation carried out a comprehensive conservation and restoration of the collection of historical clocks from the Palace on the Isle in the Łazienki Królewskie in Warsaw. The objective of this endeavor, besides restoring their original aspect, was to launch again the clocks’ movements. We shall present below a brief history of particular artifacts and present the most interesting conservation processes, as well as photographs illustrating the work.

Clock in the form of a birdcage with a bird

The clock with a music box in the form of birdcage with a bird was created ca 1780 in the Swiss watchmaking atelier of Jacquet-Droz in Neuchâtel. It was constructed either by the watchwamker Pierre Jacquet-Droz, or by his son Henri-Louis Jacquet-Droz. This atelier specialized in the creation of complicated automata, mechanical moving “wonders”. The artifact from the collection belonging to the Łazienki Królewskie Museum comes from a lot of clocks featuring a movement that puts in motion the music box when striking the hours, enlivening a stuffed bird. In the course of conservation the piece was cleaned, rubbed off gilt and enamel were spot-refilled. Were additionally repaired: the clock’s movement, the music box and the mechanical bullfinch. At present, the bullfinch with a mechanism hidden inside can move its wings, tail and beak. At the same time, the music box plays one of the several available tunes imitating a bird’s chirp.

The Jacquet-Droz atelier exists to this day, carrying on in the best family tradition.

Marble sculpture of Chronos with a clock

The marble sculpture of Chronos with the clock was created between 1778 and 1795. It is the joint work of the sculptor Jakub Monaldi and the watchmaker Franciszek Gugenmus, both active in Warsaw. In 1795, the royal catalogue records the presence of the sculpture in the Palace on the Isle. Today we can also admire it in the same place. The work underwent conservation twice. The first time following an unfortunate incident, in the result of which the sculpture broke into several fragments, and the clock’s housing suffered a few minor damages. The second conservation was completed at the end of 2013. It restored the work to its original shine and original aesthetic values. Ancient discolored fillings of the stone were removed. The marble’s surface was cleaned. A specially elaborated filler compound was used to fill all the losses in the sculptural form, owing to which the sculpture recovered its original character. Strongly abraded gilded and silverplated elements were cleaned and spot-filled. Secondary varnish and repaints were removed from the surface of the two half hemispheres covering the clock movement. Polychrome losses were painstakingly completed and consolidated coloristically, the missing star was reconstructed. The clock movement in the sphere carried by the Greek mythological god of time was repaired and launched. As time goes by, the dial rim rotates around the sphere and the right time is shown by the tip of the scythe held by Chronos. 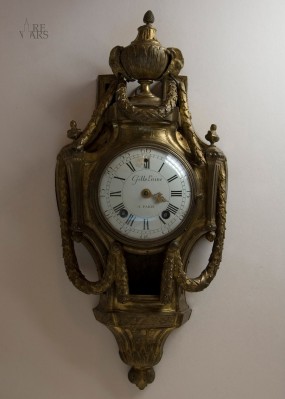 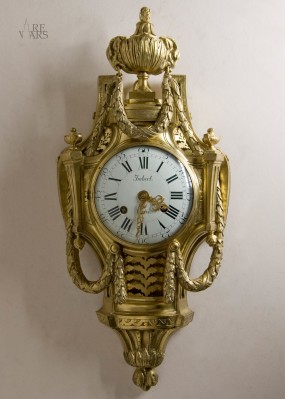 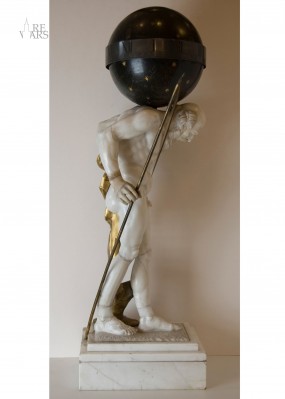 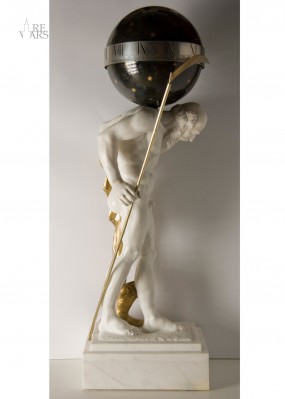 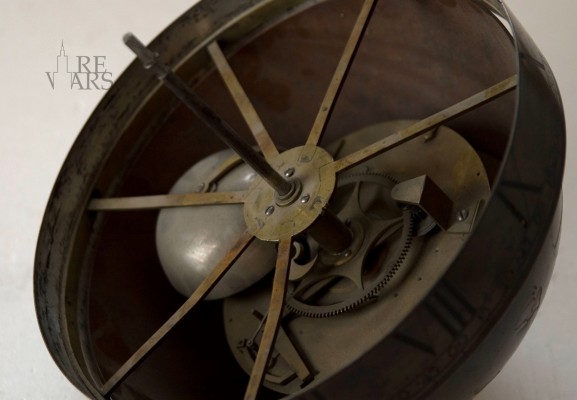 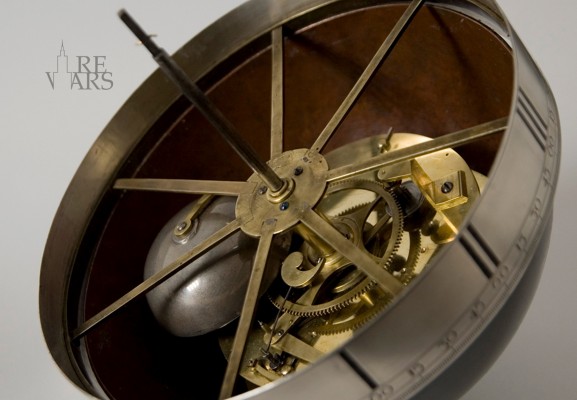 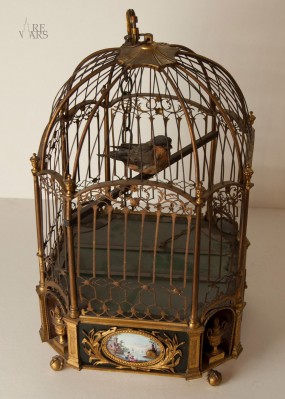 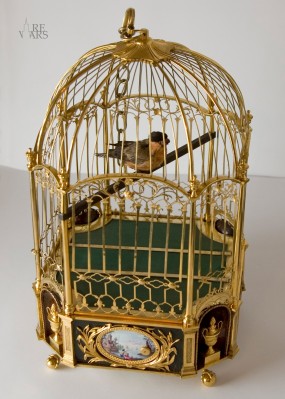 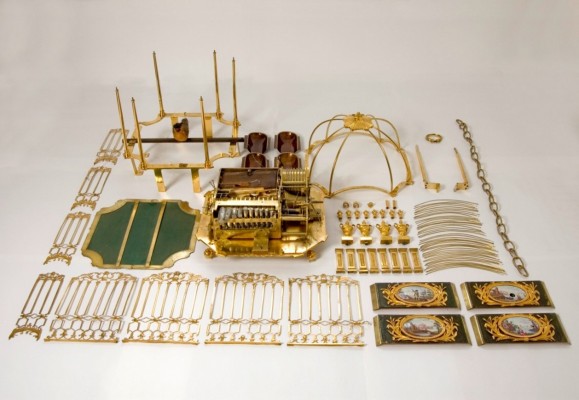 The fire-gilt cartel clock belonging to the royal collection was manufactured ca 1740 in the Paris atelier of Étienne Noir (Estienne Lenoir). It stands out from the other clocks decorating the Palace on the Isle owing to its complex sculptural ornamentation and the fact that it is plated with gold. Its dial is surrounded by a composition representing the water element crowned by a putto sitting on a fish and completed on the bottom by a triton. Conservation restored the full performance of the clock’s movement and permitted to recreate its aesthetic values. Both the inside and the face were cleaned. Abraded gilt was spot-replaced. The missing element in the triton’s tail was reconstructed on the basis of comparative iconographic analysis. Thus, after many years, the composition of this representation once again has its bottom closure. A historical query permitted to check if the clock’s hands were a secondary addition. An special conservation committee decided to replace them with gilded copies corresponding stylistically to clocks manufactured in Paris in the middle of the 18th century. The interesting fact is that this artifact has a cord attached to the movement and protruding from the housing. When pulled, it activates a mechanism striking the current hour.

The second hanging cartel clock conserved by the Rewars studio was manufactured by the atelier of Gille l’Aîné in Paris between 1760 and 1790. The metal back lid as well as the cast brass body and ornaments were cleaned from corrosion products and protected against any recurring corrosion. A historical iconographic query permitted to ascertain that the plates masking lateral orifices in the clock’s body were later additions with a mediocre quality ornamentation clashing with the artifacts’ cast elements. Following deliberations, the conservation committee decided to substitute to them new ones with ornaments resembling those of the 18th century clocks popular in Paris. The selected motif was an openwork quatrefoil. New lateral plates were fabricated, as well as a mesh to cover the front orifice with the pendulum. Following prior historical studies and conservatorial findings, a missing minute hand was fabricated and mounted. The cracked convex glass protecting the dial was replaced. The dial was cleaned, enamel losses were filled and missing chapter ring fragments were reconstructed. In addition, conservation included the cleaning of the clock’s movement to restore its full performance.

The third hanging clock from the cartel lot originates from the third quarter of the 18th century. It was manufactured by the atelier of Imbert l’Aîné in Paris. Attention is focused on the great similarity to the previously described artifact, although particular elements stand out by their higher quality cast and engravings. The surfaces of brass elements (body, ornaments and back plate) were cleaned from corrosion deposits, polished and protected against recurring corrosion. The missing plate of the front clock orifice was reconstructed using an openwork flower motif, visible on the preserved lateral plates. Conservation and restoration included the cleaning of the dial and the filling of enamel losses. Missing fragments of digits were also reconstructed. In addition, the clock’s movement was cleaned and launched.