This is the oldest of the gardens. It was created in the seventeenth century on the marshlands of the former Hunting Grounds which had once belonged to the Grand Marshal of the Crown, Stanisław Herakliusz Lubomirski.

Channels were dug through the ground to drain the marshes. A small Italianate garden was laid out on a regular, star-shaped plan close to the Bathhouse pavilion which was built on the island in the second half of the seventeenth century.

During the reign of King Stanisław August the garden contained regularly-spaced bosquets (compact groups of clipped trees or bushes) which have not survived. Today, the paths which radiate from a central point and are planted with rows of clipped trees are reminiscent of the former garden. The small square in the centre, where the paths meet, contains a sculpture depicting Tancred and Clorinda, which was purchased by the King. The sculpture is a copy; the original can be seen in Puławy, in the gardens of the former residence of the Czartoryski family.

The northern part of the Royal Garden, which consists of an informal space planted with trees and bushes, stretched as far as today’s Piaseczyński Canal. An English-cum-Chinese style garden was laid out close to the Hermitage raised here in the second half of the seventeenth century by Stanisław Herakliusz Lubomirski, and later converted during the reign of King Stanisław August. With the passage of time, this part of the garden was forgotten. The garden was divided up and in the twentieth century was transformed into a sports ground with playing fields. Today, the Hermitage is surrounded by an informally laid out garden. 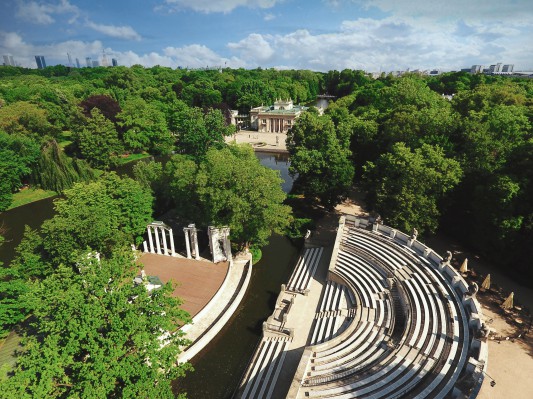 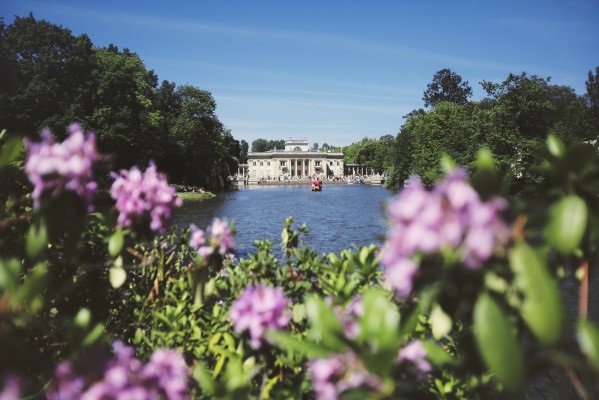 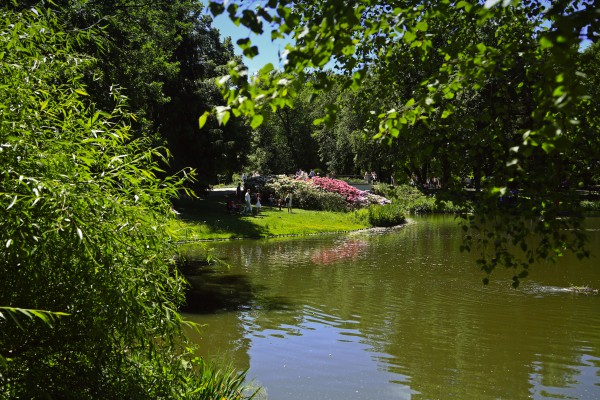 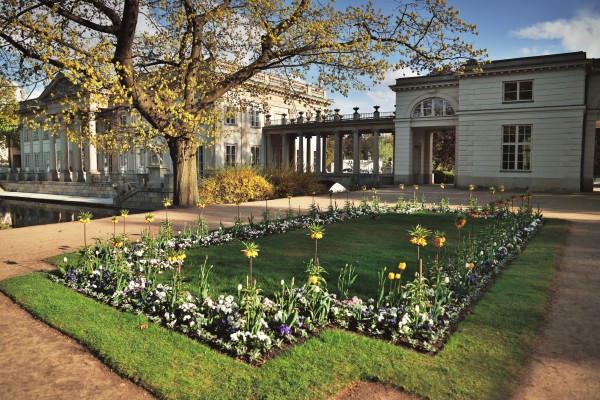 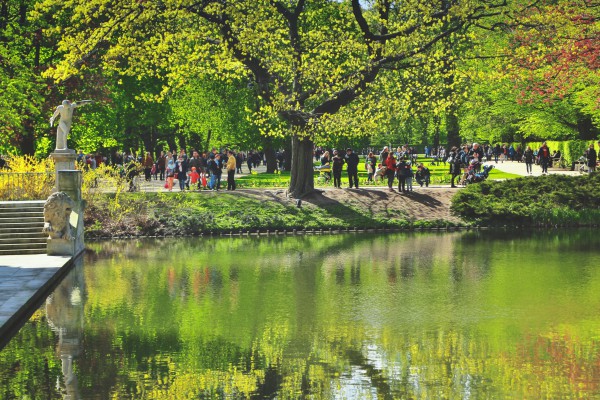 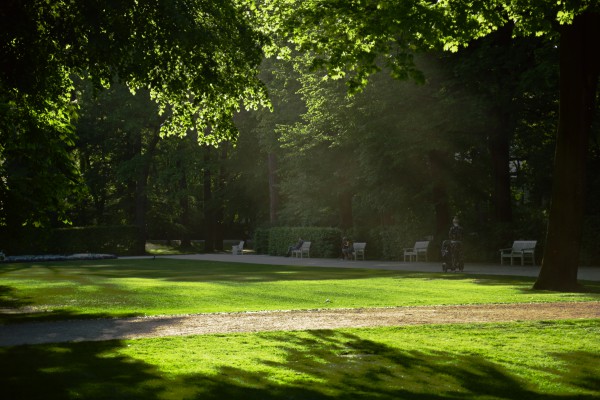 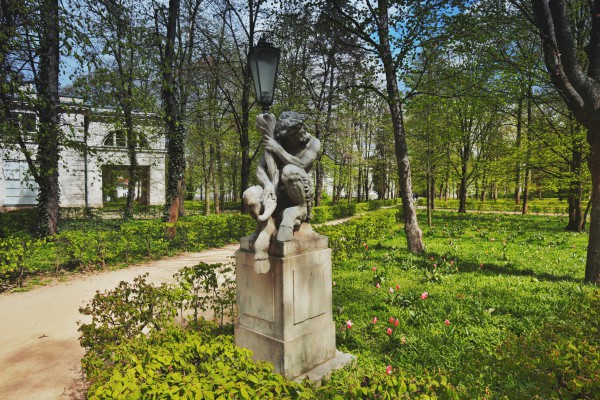 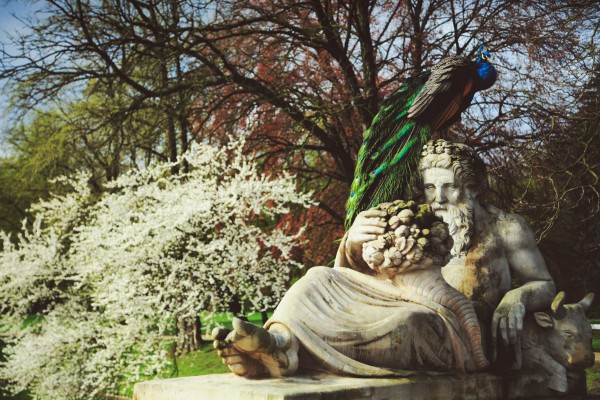 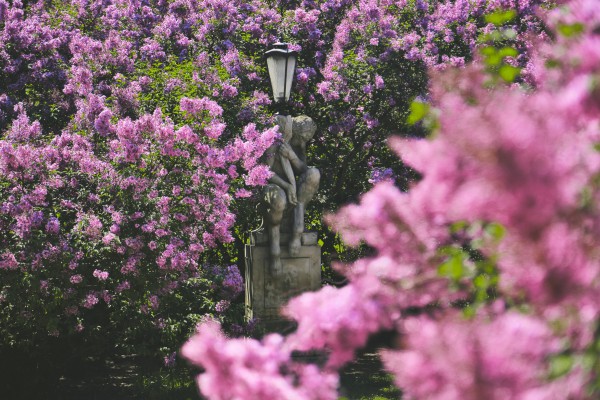 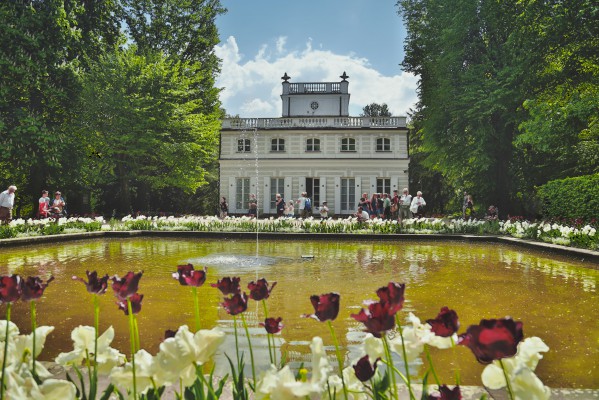 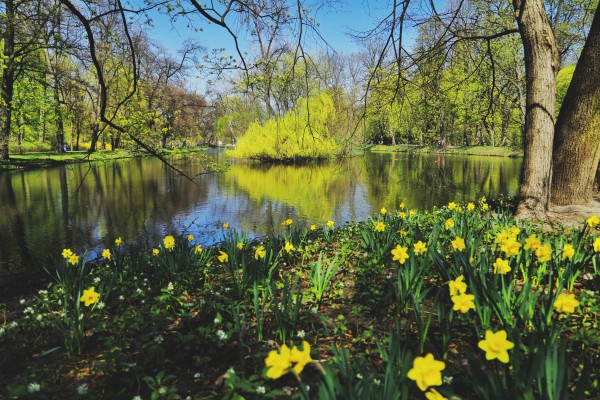 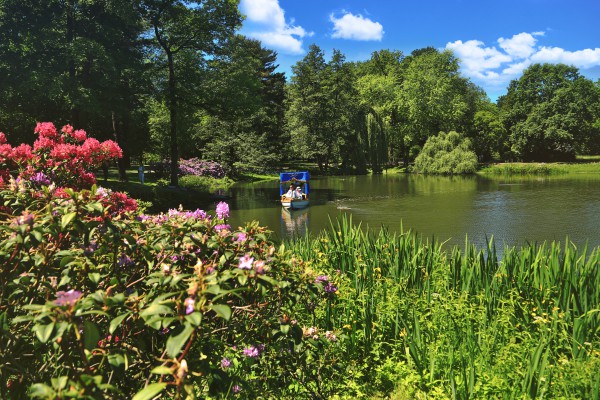 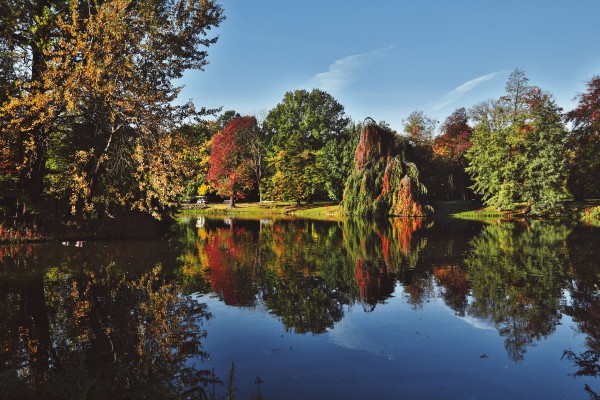 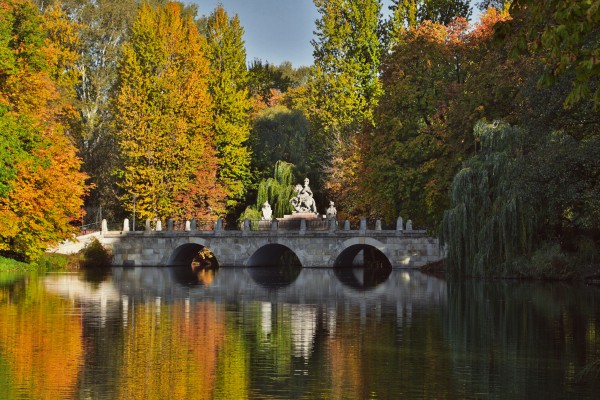