The Romantic Garden adjoining the Belvedere Palace, and composed of many interesting elements and a rich assortment of plants, is an excellent example of nineteenth-century European garden design. The Belvedere Palace, located at the top of the escarpment, dominates this part of the garden which was established in a manner widely acclaimed throughout Europe in the nineteenth century and which was known as the English landscape style. It incorporates elements of the Beautiful and Picturesque styles.

In 1817, when the Royal Łazienki were sold to Tsar Alexander I, the Belvedere Palace became the private residence of Grand Duke Constantine, the Tsar’s brother. The conversion of the Belvedere Palace, carried out in the years 1819–22 by the architect Jakub Kubicki, completely changed the style of the palace’s architecture. A small garden with a viewing terrace was built in the immediate vicinity of the residence, and below it, at the foot of the escarpment, a garden was laid out with an irregularly-shaped pond and picturesque banks. In accordance with late eighteenth- and early nineteenth-century fashion, in the centre of this pond an island overgrown with many trees was established which, unfortunately, has not survived.

The main visual axis from the Belvedere Palace looks out onto an artificial river situated beyond the pond, which flows into the South Pond close to the Palace on the Isle. It is intersected by the Chinese Avenue and bridge from where there is a view looking out towards the Belvedere Palace featuring an informal arrangement of trees, bushes and lawns. 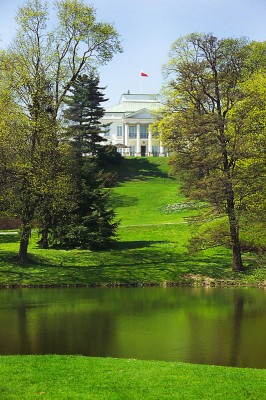 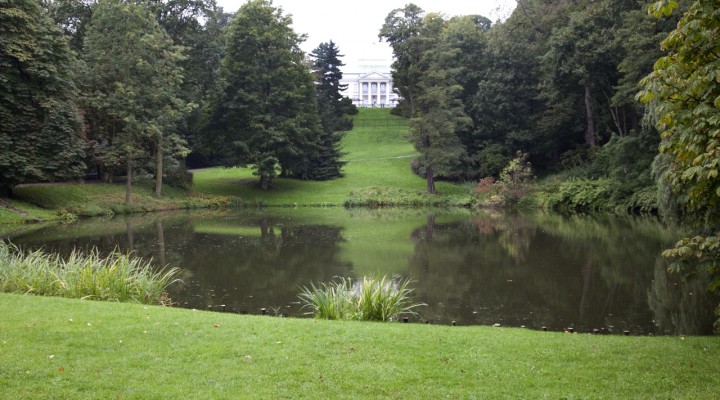 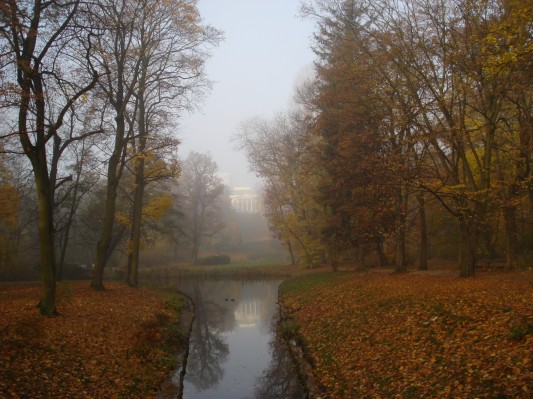 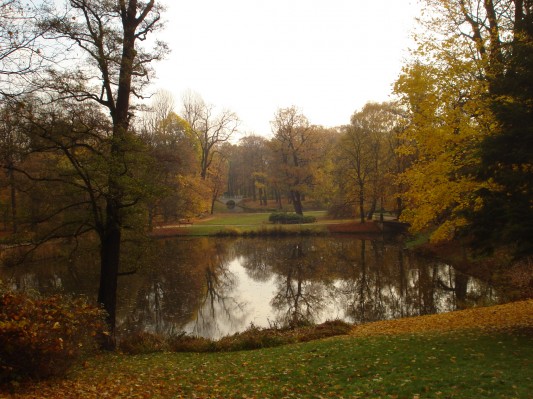 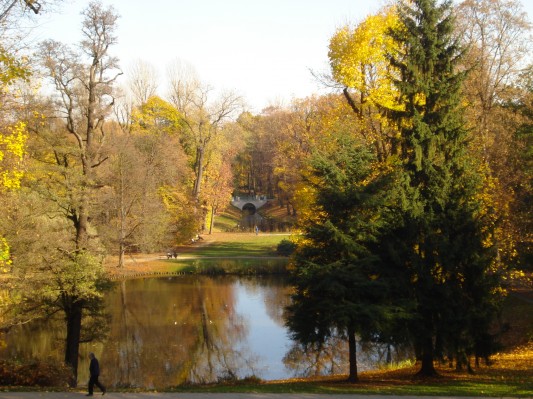 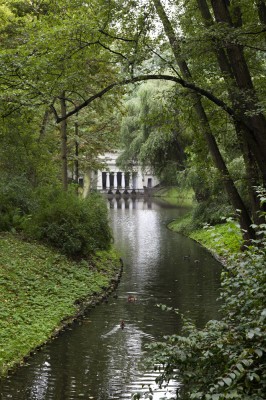 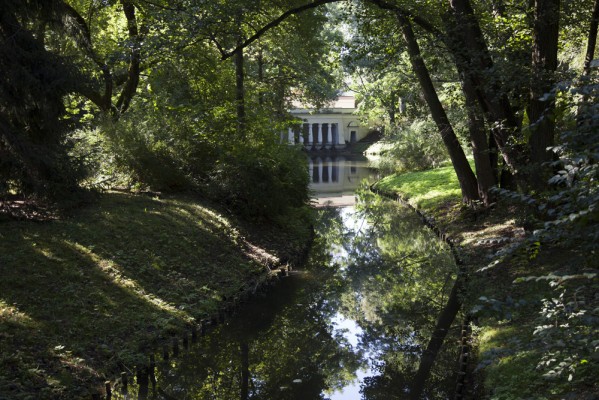 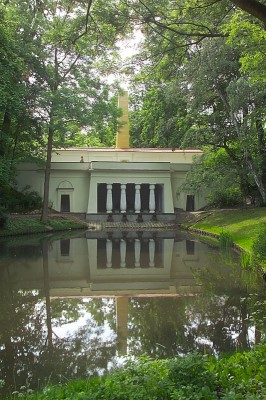 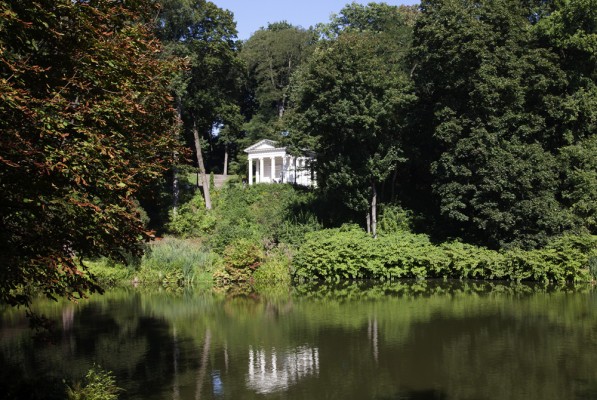 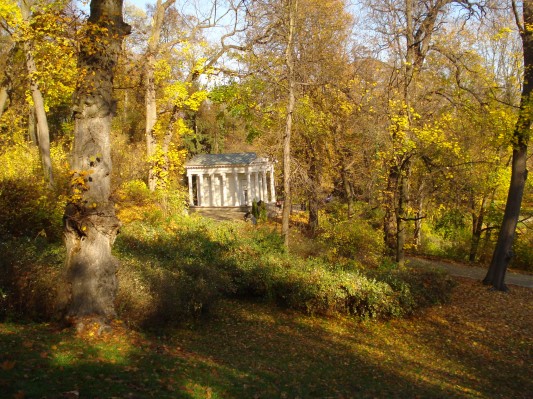 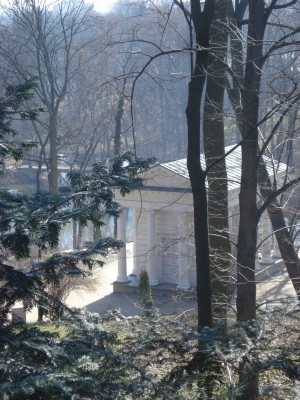 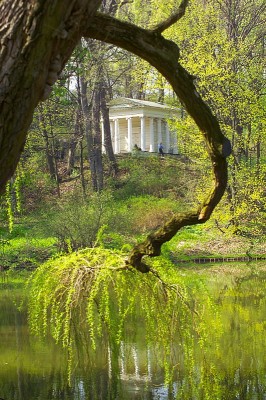 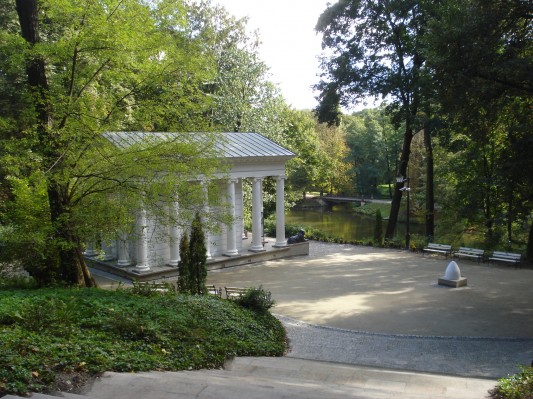 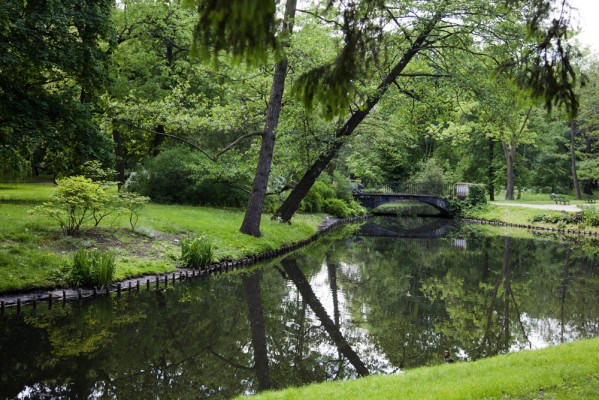