Bacchante Holding a Cluster of Grapes

It is possible that the sculpture was modelled on a marble group of sculptures entitled Accipe daque (“receive and give” from Latin), by an eminent 18th century French sculptor, Étienne Maurice Falconet. It was part of Stanisław August’s collection and one of its most precious items.

The sandstone sculpture stands on the south terrace of the Palace on the Isle. It stood here as early as in 1777 and is credited to Johann Chrysostomus Redler, one of the most influential artists of the Warsaw Rococo sculpture art. Its size suggests that it may have been intended for a bigger residence of Stanisław August, such as the Ujazdów Castle.

Bacchante Holding a Cluster of Grapes 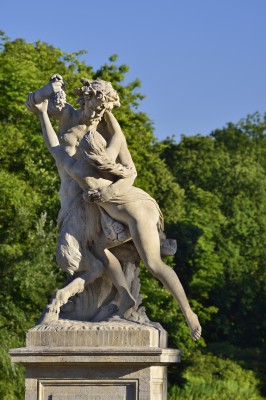 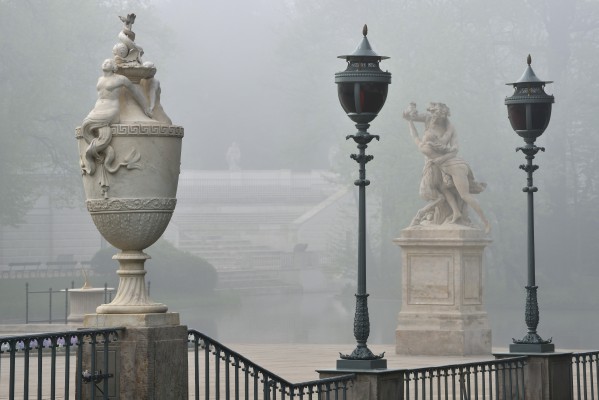 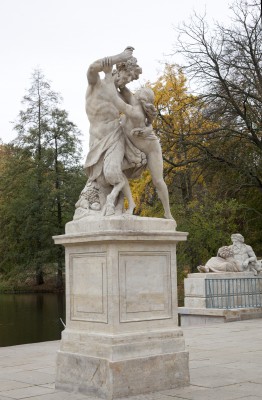