The sculpture personifying the Bug River (Tiber) is located on the terrace in front of the Palace on the Isle. The stone figure was sculpted by Ludwig Kauffman. In 1855, it was placed in the spot of the 18th century statue of the Bug River by Tommas Righy.
Bug is depicted as an elderly, but at the same time sturdy and muscular naked old man. A wreath of flowers rests on his head, and on his knees - a cornucopia filled with fruit, sheaves of grains, and plants. Crops symbolize abundance brought by the river to its shores. The figure leans on a small bull lying behind its back; it alludes to Forum Boarium, i.e. a cattle market, which was established near Tiber.
The bull also refers to the coat of arms of Stanisław August - Ciołek, which can be translated to "bull calf". 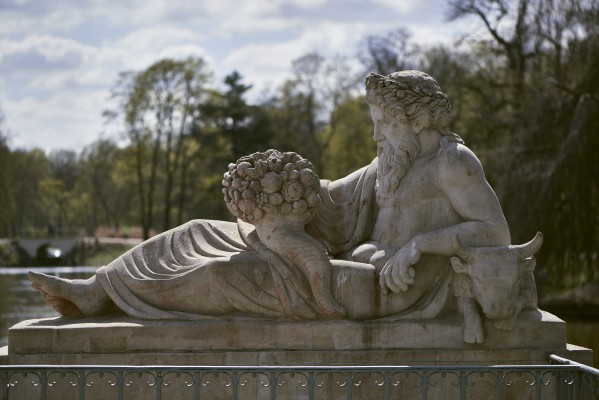 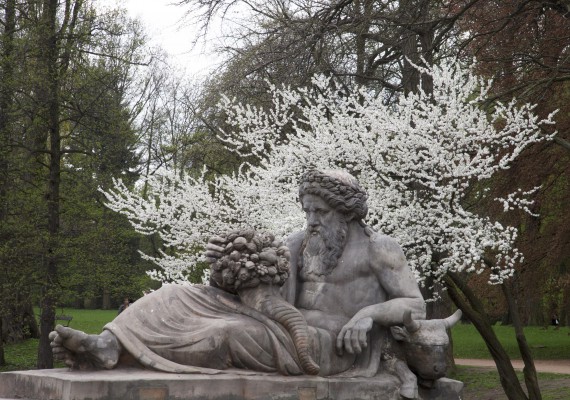 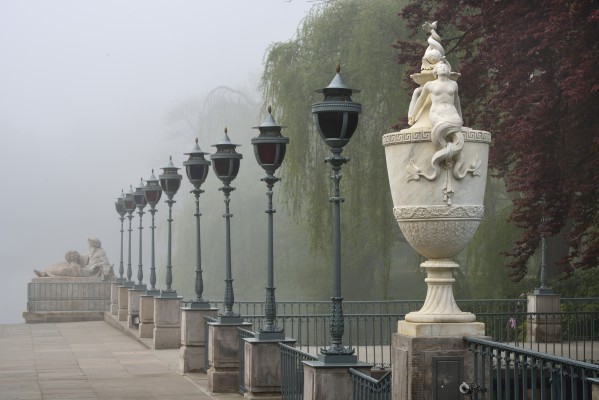