The sculpture depicts the beautiful god Hermaphroditus rejecting Salmacis, a water nymph who fell in love with him. The distraught goddess asked gods to make her one with Hermaphroditus for eternity, and thereby turn the two into a single body with two natures – a masculine and a feminine.

This scene was often depicted in the art of the Early Modern Period, most often in paintings. The painting by Jean-François de Troy is one example dating from the 18th century.

The sandstone sculpture has stood on the south terrace of the Palace on the Isle since at least 1777. Its author is not known, however he was most likely one of the sculptors from the Royal workshop. Its size suggests that it may have been intended for another, a bigger residence, such as the Ujazdów Castle. 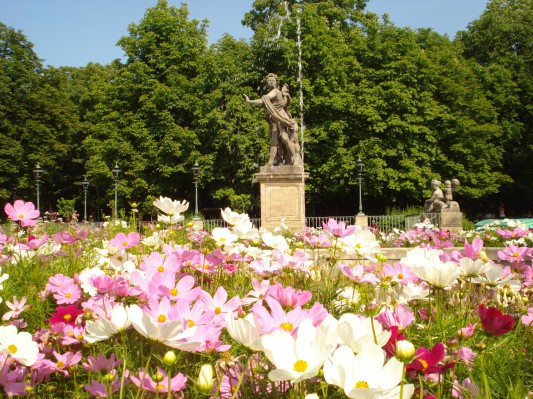 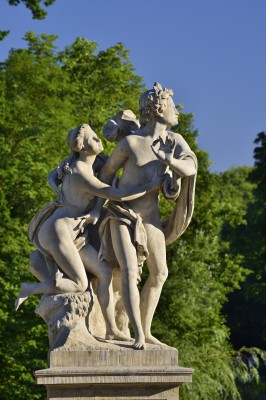 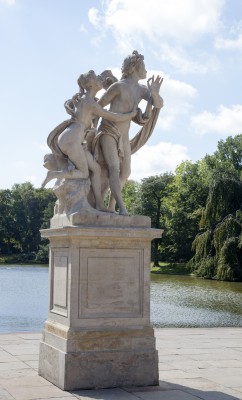