The sculpture depicts a sleeping Pointer called "Ace”, a character from a novella written by Adolf Dygasiński. It is a cast of a dog sculpture made in 1903 by Czesław Makowski and an original element of the gravestone of the writer Adolf Dygasiński (1839-1902) at the Powązki Cemetery in Warsaw.

Making a sculpture of a dog was a result of the sentimental attitude towards dogs, which had become increasingly popular in the 19th century. First dog cemeteries appeared at the end of that century. Another gravestone statue from that period, adorned with two figures of dogs lying down, stands at the Lychakiv Cemetery in Lviv. It is a gravestone of a married couple of Ivanovichs.

The sculpture standing near the Old Orangery marks the place of burial of guard dogs of the Museum. 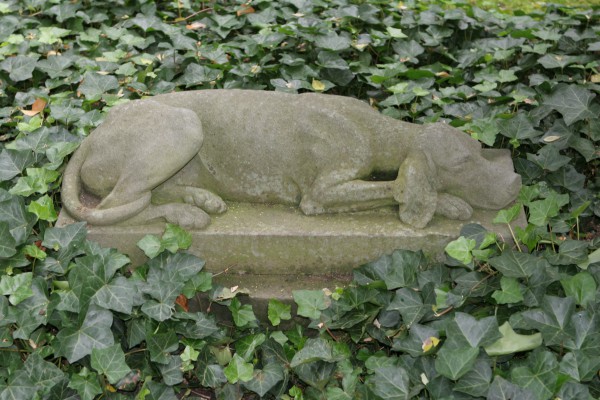