This is where the residents of the White Pavilion would receive guests. The interior of the room is decorated with paintings and objects alluding to Chinese art. Two walls are covered with original wallpapers, which in the 18th c. were considered to be of Chinese manufacture; they depict scenes of daily rural life of that country and show a view of European trading posts in Canton (a city in southern China). At present, it is already known that the view of rustic life is an original Chinese wallpaper, painted on paper, whereas Canton is a European work, painted on canvas. Since the wallpapers were initially too small for the walls of the room, Jan Bogumił Plersch painted in additional elements: the upper part of the sky and elements of the landscape delineating the horizon. On the third wall is a painting made entirely by Plersch; it depicts scenes of daily life of the Chinese people.

Using decorative wallpapers with Chinese motifs was popular at the time. Examples of such solutions can be found, for example, in English aristocratic residencies, such as the Saltram House or the Strathallan Castle.

Candlesticks executed in the same style to the design of Jan Christian Kamsetzer and adorned with Chinese figures stand in the corners of the room. They were made in the famous factory of porcelain in Meissen. The ceiling is also decorated with paintings alluding to oriental motifs. Two vases displayed in the room were imported from China.

Motifs imitating Chinese art (chinoiserie) enjoyed widespread popularity during the Enlightenment. Painted with subtle, pastel-like colours, they suited the Rococo motifs, which were commonplace at the time.

Extensive, oriental landscapes and fantastic ornaments (dragons, exotic birds) filled the Company’s Room with a mood of tranquillity and serenity. Here, the King would rest with his closest companions. The room’s décor reminded of the vision of the land of eternal happiness, where Stanisław August could find refuge from everyday dilemmas. 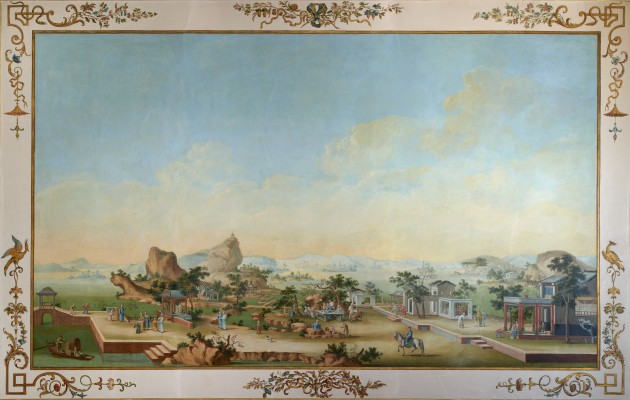 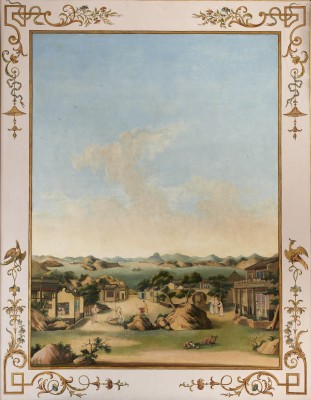