The Old Orangery, formerly also known as the Great Orangery, is a unique location. It was designed in the years 1785-1788 by the Royal architect of Italian origin, Domenico Merlini. The venue houses the 18th-century Royal Sculpture Gallery and the unique collection of sculptures made by eminent Polish sculptors, comprising exhibits from between the 16th and 20th century.In the eastern wing of the building of the Old Orangery is the Royal Theatre, one of the few preserved, authentic 18th-century court theatres in Europe, and the only one in Poland.

In order to preserve the unique character and the beauty of the Old Orangery and the Royal Theatre, and to open these venues to the public – both from Poland and abroad, the Royal Łazienki Museum decided to redecorate and carry out conservation works in the building. As part of the comprehensive Royal Łazienki Revitalization Programme, conducted between 2011 and 2016, the Museum carried out – among other things – conservation and renovation works in the Old Orangery building, which houses the Royal Theatre and collections of sculptures. These works have been financed from the funds of the Financial Mechanism of the European Economic Area (Norway Funds) as well as funds of the Ministry of Culture and National Heritage, and the special programme of the Chief Conservator of Monuments (conservation of Royal buildings and collections). The conservation of the garden and the collection of sculptures was possible owing to the special assistance of the President of the Republic of Poland.

The tasks included a comprehensive conservation of the building, which comprised the restoration of the roof and the original attic on the front elevation of the building, the installation of a modern water mist fire protection system and upgrade of all technical systems. The year 2015 marked an important stage of the project, with the opening – in the Old Orangery – of a new exhibition of the Royal Collection of Sculpture of Stanisław August and the art-storeroom-themed Polish Sculpture Gallery of the 19th and 20th century, accompanied by a wide educational programme.

The project Sphere of Muses and Thoughts of Stanisław August – redecoration and conservation of the 18th-century Old Orangery and the Royal Theatre for the needs of a new sculpture exhibition and cultural programme alludes to the idea put forward by Stanisław August – to create the first public, modern museum in the Royal Łazienki. The new exhibition in the Royal Sculpture Gallery is connected with the sensational discovery and restoration of wall paintings in the Foyer and the Winter Garden, located in the southern part of the Old Orangery. The preserved interior designs, which were developed in the years 1787-1788 by the Royal court architect, Johann Christian Kammsetzer, as well as the inventory from 1795 show the planned layout of the collection of sculptures at the time. This has provided a unique opportunity to restore the original appearance of the interior. In accordance with the preserved inventory dating from 1795, 18th-century plaster copies of Ancient sculptures have been placed against the background of refurbished illusionist paintings depicting buildings surrounded by an Italian landscape.

A separate space in the western wing – housing the Polish Sculpture Gallery – envisioned as a symbolic, modern continuation of Stanisław August’s idea for the Royal Sculpture Gallery, has been equipped with a new exhibition system, without interfering with the convention of organizing the exhibition as a store room for sculptures, open for visitors. The new, modern fire protection systems have improved the safety of the Old Orangery, and in particular the Royal Theatre.

The revitalization of the Old Orangery and the opening of the exhibition of the Royal Sculpture Gallery have provided an opportunity to expand the educational offer of the Royal Łazienki Museum. Stanisław August – a proponent of Enlightenment-era reforms and a knowledgeable patron – recognized culture and art as one of the most important domains in which modern individuals should be educated. These royal inspirations have given rise to the Sphere of Muses and Thoughts of Stanisław August – a space devoted to modern education and creative endeavours. The multimedia room is used for screenings of educational films, while the workshop room and the moulding shop are venues for sculpting classes and workshops.

After the conclusion of conservation works, the Old Orangery has become more accessible to people with special needs. Blind and visually impaired persons can now use audio descriptions as well as tactile art – with special sculptures intended to be perceived with the sense touch. In turn, persons with hearing impairments can take advantage of induction loops and video translations into sign language to benefit from the educational and cultural offer of the Museum without any limitations.

The revitalization of the Old Orangery has been possible as a result of the funding granted as part of the Financial Mechanism of the European Economic Area 2009-2016. The works have been carried out in cooperation with the Østfold Museum Foundation – Stiftelsen Ostfolfmuseene, and the historic Frederikshalds Theatre in Halden, Norway. The value of the project has amounted to the gross sum of PLN 18,561,165. The funding agreement was signed on 9 May 2014. The works in the Old Orangery were completed on 30 April 2016.

The partnership between the Østfold Museum Foundation and the Royal Łazienki Museum in Warsaw has been financed from the funds of the Bilateral Cooperation Fund part “b” of the Financial Mechanism of the European Economic Area and the Norwegian Financial Mechanism, as part of the "Sphere of Theatres – Open Theatres" (Strefa Teatru – Teatry Otwarte) initiative. The cooperation includes, among others, study visits of the Polish team to Norway, of the Norwegian team to Poland, joint workshops and other educational initiatives. These projects are carried out under the funding agreement concluded on 12 November 2014. The budget of the project "Sphere of Theatres– Open Theatres" amounts to PLN 167,292.00 excluding tax, i.e. EUR 40,000.

Redecoration and conservation of the Old Orangery and the Royal Theatre 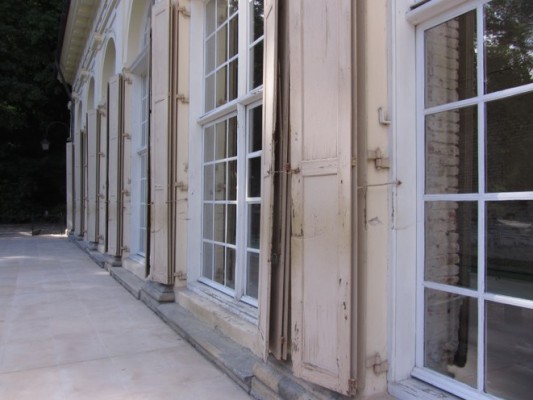 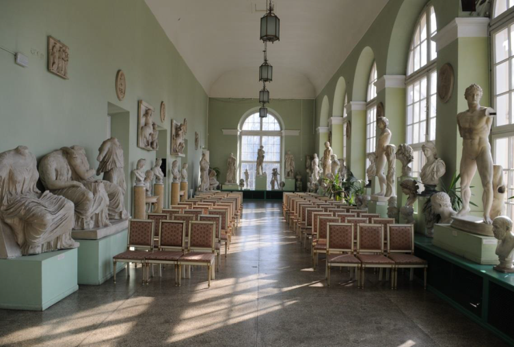 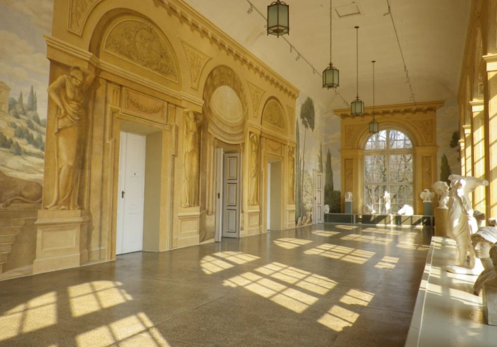 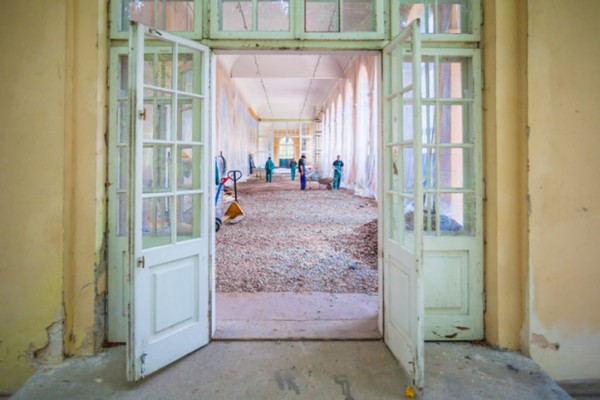 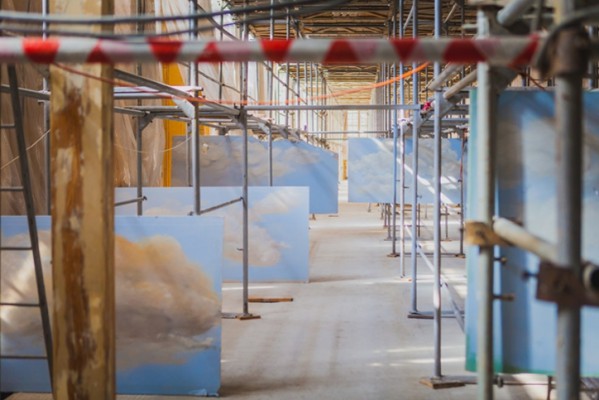 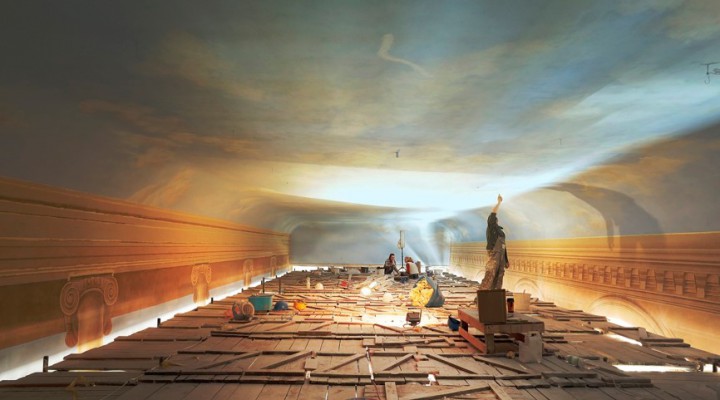 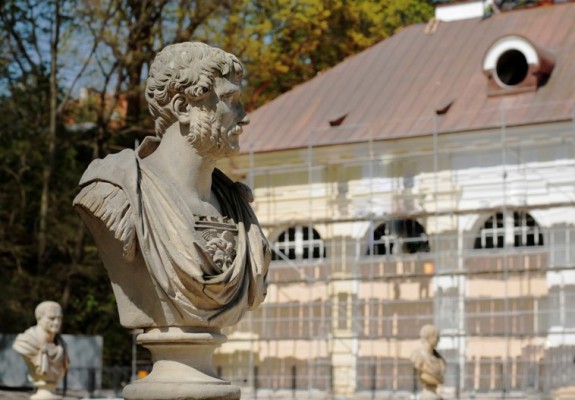 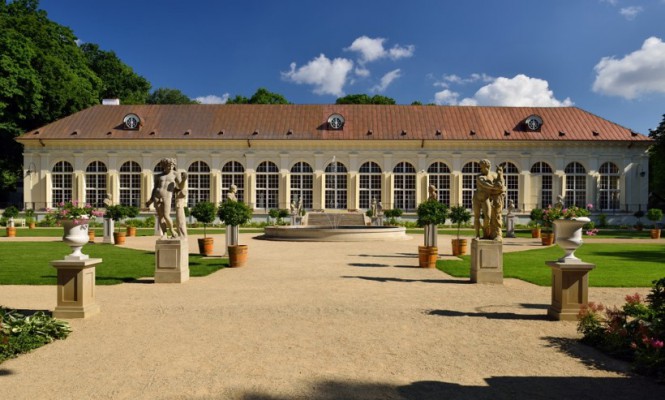 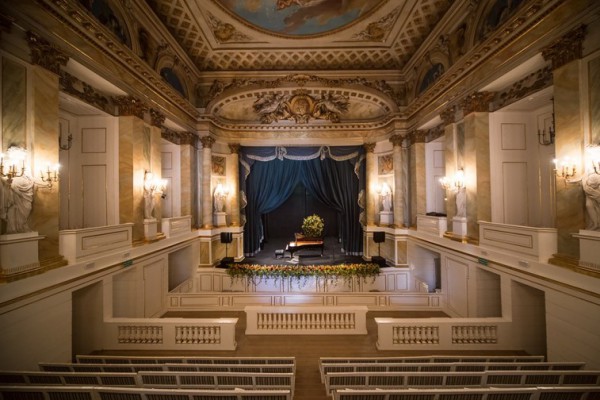 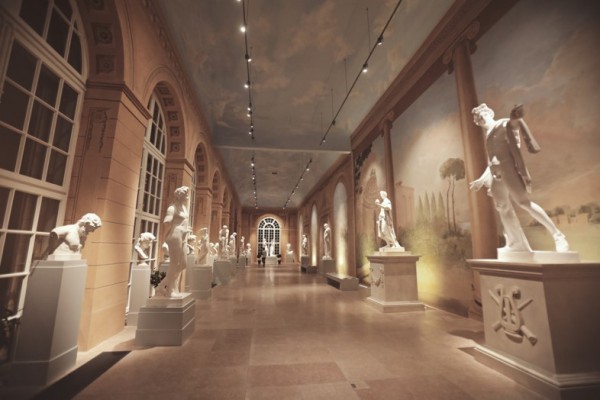