The Temple of the Sybil

The Temple of the Sybil, initially known as the Greek Temple or the Temple of Diana, was erected at the back of the Belvedere Palace, in the vicinity of the Belvedere Pond. It was created in 1822, most probably according to a design by Jakub Kubicki, and alluded to ancient temples, especially the Roman temple in Garni (Armenia) dating from the 1st century.

Painted in white, the Temple of the Sybil is made of wood only and features a rectangular floor plan with an Ionic colonnade surrounding its interior. It houses a room adorned with murals by Adam Byczkowski from the turn of the 18th and 19th century depicting flowers and fruit. The entrance to the temple is guarded by two cast-iron lions resembling Egyptian sphinxes.

Buildings drawing from ancient structures enjoyed great popularity at the end of the 18th and in the 19th century. On Polish lands, pavilions following the model of Old Roman or Old Greek buildings were found in the parks in Dobrzyca or Nieborów (Arkadia). In England, we will see them in Stowe or West Wycombe Park, while in France in Le Désert de Retz or Ermenoville, the famous park where the ashes of philosopher Jean-Jacques Rousseau were laid to rest.

The Temple of the Sybil 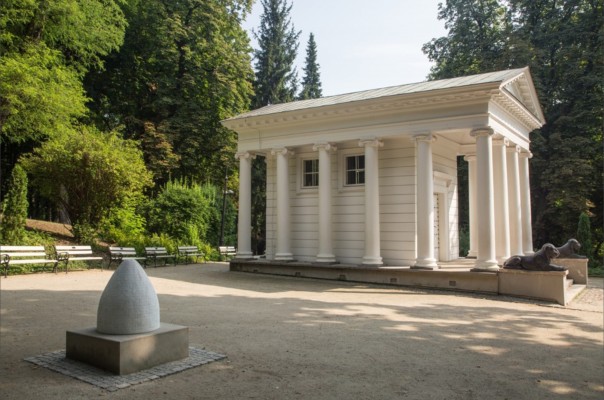 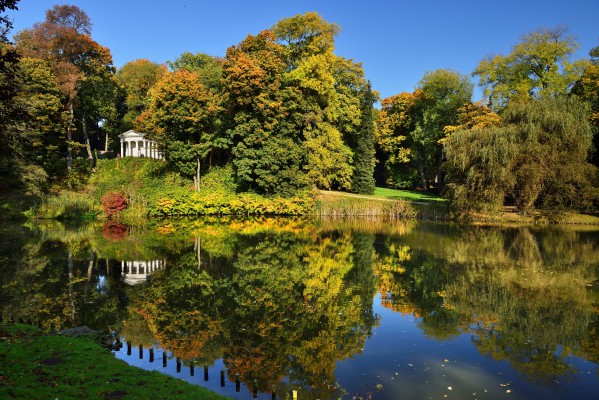 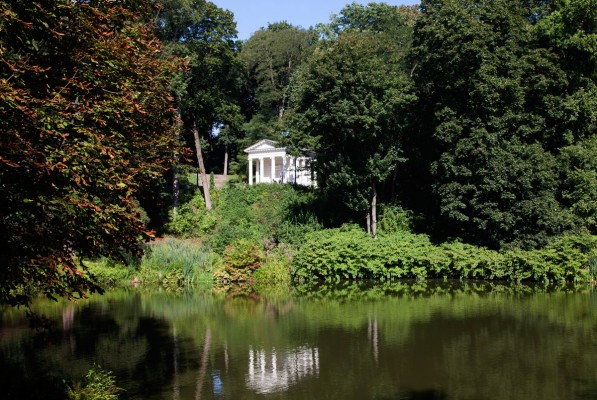 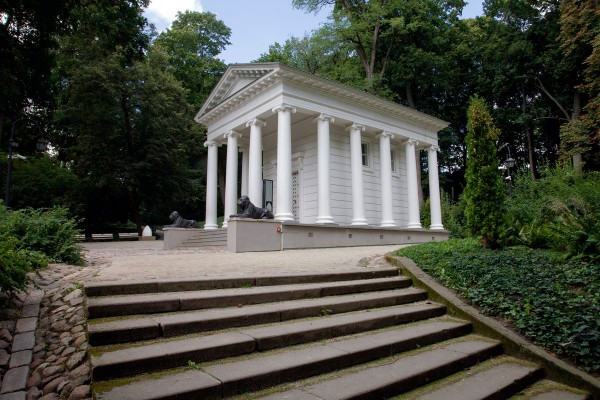 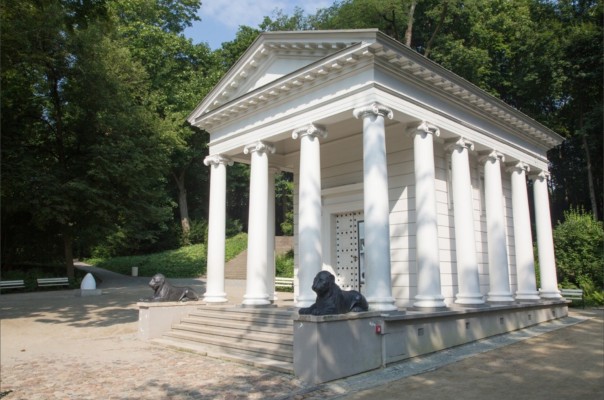 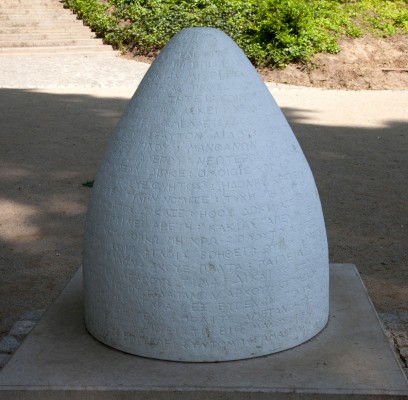 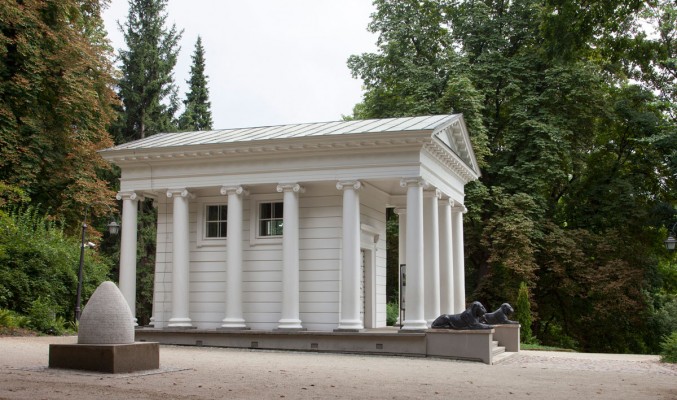