In the first half of the 17th century Warsaw finally gained the attributes of a capital city. Since then, it became the focus of Polish political, administrative and cultural life. Becoming the king’s permanent residence, Warsaw also turned into the seat of the most important state authorities. Together with monarch settled there all those who, owing to the offices they held, were compelled to stay close to the king. The dynamic expansion and the intensive construction that accompanied it changed the aspect of the city. New residences were erected. As time passed and owing to a lack of space, they transgressed the area delimited by the city ramparts.

One attractive location for such residences was the Vistula River escarpment and the river’s wide vale. The picturesque qualities of this primeval valley provided the designers with a basis for the creation of vast palatial and garden complexes. Among the outstanding designers of architectural projects were Mateo Castelli – the court architect of Sigismud II Vasa and the author of the Ujazdowski Castle project, and Tylman van Gameren – the author of a modification of this building and the designer of the nearby Grand Marshal of the Crown Stanisław Herakliusz Lubomirski’s Hermitage standing at the foot of the escarpment. The second building designed by Tylman was erected on an isle south of the Hermitage. It was called Hippocrene (the fountain of the Muses, source of poetic inspiration) or the Baths. Such was the early history of the future residence of King Stanisław August, today known as Łazienki Królewskie (The King’s Baths).

When writing about archeological issues related to the residence of King Stanisław August, it is impossible not to mention the remote history of the grounds on which this palatial complex with gardens was created. Although uncomplicated, it should be stressed however, that the exploration the escarpment grounds, of the slope and foot remains incomplete. Conservatorial records indicate early Iron Age (ca 4th century B.C.) and early Middle Ages settlements. The first set of traces points to dense settlements in the belt at the foot of the escarpment, the second stems from the presence of the nearby ducal Jazdów dwelling, where the Ujazdów Castle stands today. 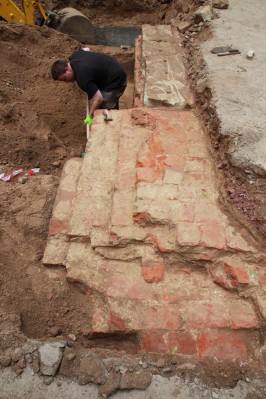 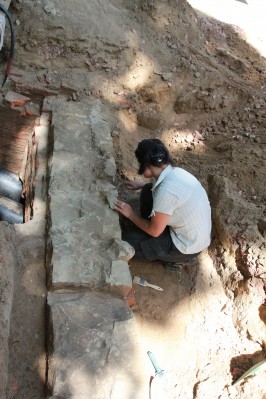 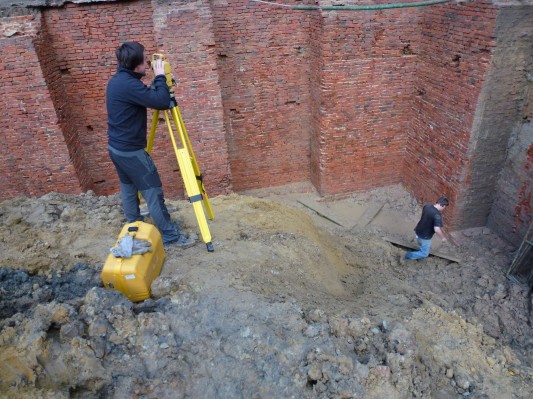 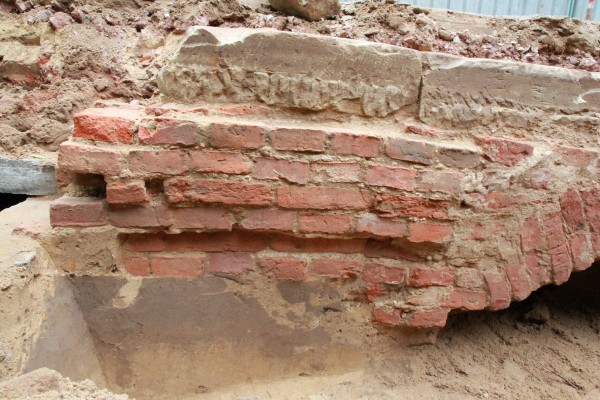 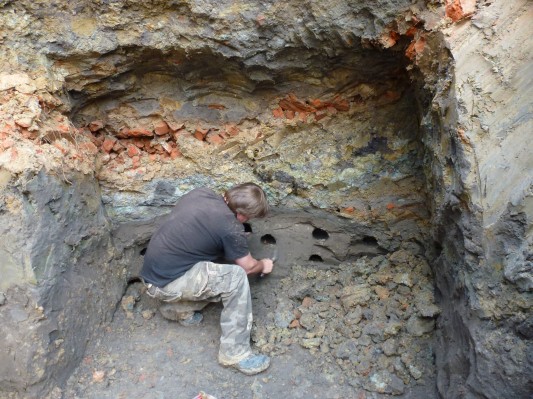 Subsequent experiences concerned the use of an interdisciplinary prospection of the grounds on which revitalization work was planned. Here, I have in mind the Modernistic Garden situated on the site where the Nieborów Conservatory stood until WWII. This was one of the structures erected within the park that did not survive until our times. All exhaustive information about them is missing from the archives. Its appearance is perpetuated only on a few photographs and its particular localization is shown on Warsaw maps realized at the turn of the 19th and 20th centuries by the British engineer William Heerlein Lindley, the designer of the new sewage and water supply system for the Polish capital. When preparing this endeavor, the Direction of the Łazienki Królewskie Museum decided to entrust the archeologists with the realization of explorations, which were to constitute another test. The research was to consist in a parallel realization of various types of field surveys. The conclusions resulting from this research were to be consolidated with the conclusions of detailed geophysical analyses.

The innovation in the exploration at the site of the ancient Nieborów Conservatory was a first-time use of GIS (Geographic Information System) in the history of the research carried out in the Łazienki Królewskie. This newest method of a systemic recording of knowledge acquired during both the preparatory phase and the course of the study generates a spatial IT data base. Its foundation is a dimensioned map relating acquired information to a specific place in the field. This tool permits to collect, classify and analyze all information, as well as to superimpose various messages in the form of graphic files over many geodesic control network-linked plans and at different levels. And since many years the GIS system of spatial data bases is considered to be the standard and a bona fide proof of investigative decency, a decision was taken to use it in the Łazienki Królewskie. The key idea was to merge the results of scientific prospection with the layer of modern spatial planning and the present preservation state of the flora. In this aspect the research target was fully achieved.

The basic intention of the “experiment” was to verify the efficacy of the amalgamated methods of field prospection preceding investment endeavors. For the Museum’s Direction, the results of such studies were to act as a road sign for strategic actions defining the scope of future work and its degree of complexity. The presumed basis was a geophysical research including an ongoing archeological survey consisting in performing a number of drillings along the lines designated by geophysical experts. In this way, the results of an absolutely non-invasive technique were to be verified with the help of a method directly reaching the historical layers, all this without any risk and without deranging the park’s “life”. The results were to serve as a basis for the realization of archeological probing in selected sites, intended to resolve the doubts of the researchers within a single day. All these procedures were to lead to a diagnosis determining the degree of future complications and defining about the scale of planned endeavors. 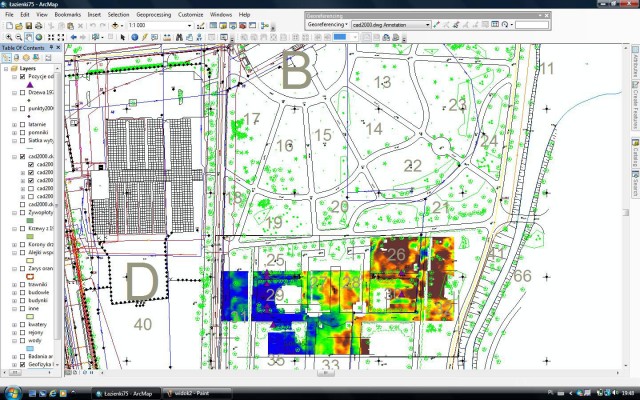 The works provided the opportunity to retrace the outline of the ancient Conservatory, while at the same time recording the occurrence of numerous anomalies linked to the occurrence in this area of a cultural site dating from an early Iron Age. The focus should be on the numerous impediments mainly resulting from the presence of iron fractions in the lower cultural layers which perturb the readings of dedicated equipment. Presumably more reliable results will be provided in the future, when research will be performed with the help of two geophysical techniques, with a subsequent comparison of results. An ad hoc verification of non-invasive research must be seen as an indisputable success, because the efficacy of drillings is undeniable. A possibility to perform probes of much shortened duration owing to a pre-identified terrain characteristic guaranteed an analytical correctness. The crowning achievement was the ability to store the results within one compatible environment – the GIS. This was due to an accurate measurement system and coordinate-calibrated plans. The assembly of all the results within one image of the scaled map authenticated the research effects. It became the basis for the spatial reconstruction of the Conservatory within its primary dimensions.

The archeological survey of the Łazienki Gardens’ area is a task requiring systematized knowledge and experience. Any future success will base on a comprehensive query of the sources and on the calibration of historical plans. Only joint efforts by archivists (not archeologists), remote sensing experts (not archeologists) and archeologists (a comparison of the results of this research and their introduction into the GIS database) shall allow developing a systematic action plan. In case of data congestion, actions should be supported by an expert knowledge based on archeological surveys completed by series of drillings and – if justified – by probing. A knowledge thus acquired shall permit to create a map serving during long years as the basis for safe conservatorial decisions.