The sundial standing near the fountain of the north terrace of the Palace on the Isle, near the stairs leading to the pond. It was set up in 1786, and it commemorates the King’s name day (8 May). Stanisław August himself decided on the sundial’s precise location.

The instrument is a slab made of white Carrara marble (from the city of Carrara in the Italian Tuscany), set on a fragment of a sandstone column. On the slab, under the gnomon dial on which the time is indicated, an honorary inscription is found. It begins with a monogram of interwoven initials of the Latin version of the King’s name, Stanislaus Augustus Rex meaning Stanisław August the King.

A similar clock has stood in the Saxon Garden in Warsaw since 1863. 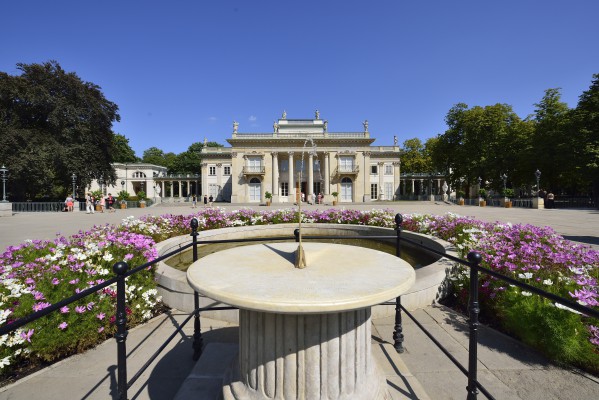 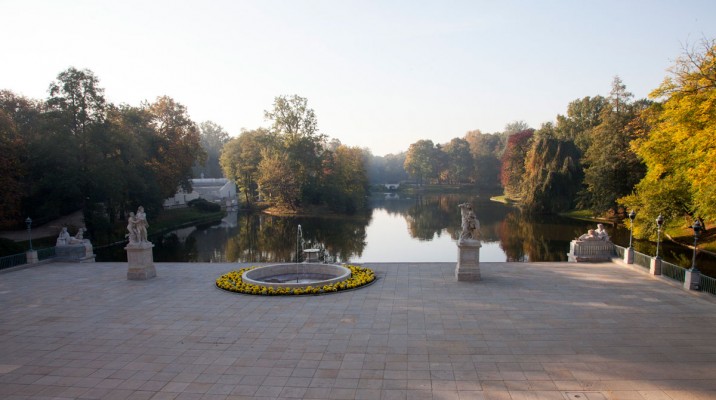 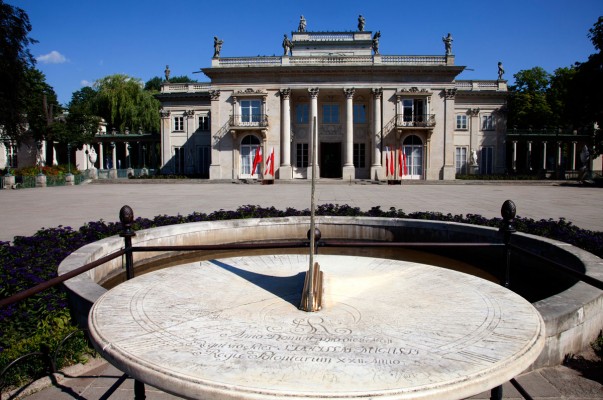 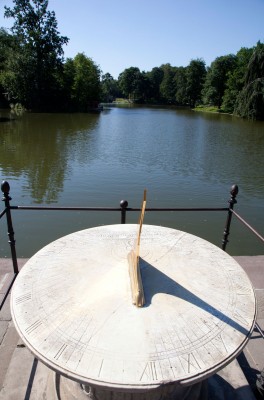 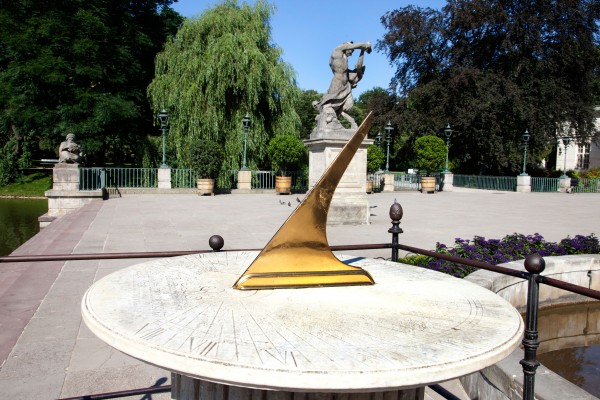